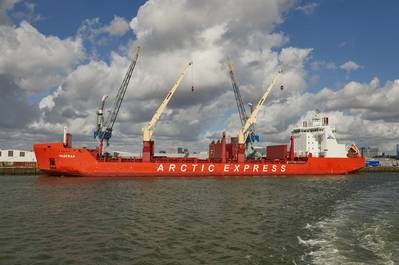 Illustration: A Russian ship in the Port of Rotterdam ©Gudellaphoto/AdobeStock

Dutch Prime Minister Mark Rutte said that barring Russian ships from the port of Rotterdam was "not on the table" for now, since any such move would have to be decided at a European level.

Rutte made the comments to reporters, while on a visit to Paris, where he will meet French President Emmanuel Macron.

Oil prices rose towards $130 a barrel on Wednesday, supported by concern of a potential supply shock as the United States banned Russian oil imports and amid signs that some buyers are already steering clear.

On Tuesday, U.S. President Joe Biden had imposed an immediate ban on Russian oil and other energy imports in retaliation for the invasion of Ukraine, amid strong support from American voters and lawmakers, even though the move will drive up U.S. energy prices.