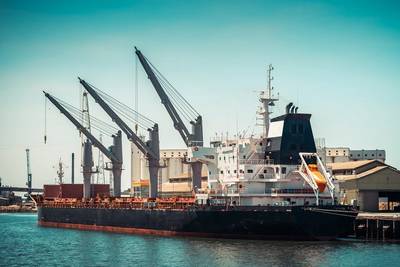 The Baltic index, which tracks rates for capesize, panamax and supramax vessels to ferry dry bulk commodities, dropped 16 points, or 3.7%, to 415.

The main index has lost nearly 14.8% this week, its ninth consecutive week of decline.

The capesize index fell 47 points to a negative 234, down for the 41st straight session.

However, the index has declined over 5.7% this week and registered its third consecutive week of losses.

Australian iron ore miners such as Rio Tinto and BHP Group, who are among China's biggest suppliers, said they were preparing for a tropical cyclone that will hit Australia over the weekend.

Port Hedland, which is the world's biggest export point for iron ore, and Port of Dampier will be shutting down operations due to the cyclone in Australia.