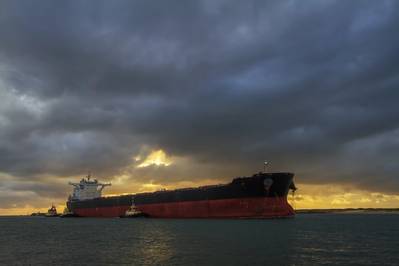 Coal deliveries to Australia’s Port of Newcastle, the world’s biggest coal export port, have been halted because flooding in the Hunter Valley region has shut rail lines, with heavy rains also slowing ship movements at the port.

Heavy rains along Australia’s east coast over several days have caused the worst flooding in half a century, with thousands of people being forced to evacuate their homes. The downpour is expected to continue over the next few days, the weather bureau warned on Monday.

“Weather events such as these have the potential of damage to our network and increase risks to all those involved in the transport operations,” an ARTC spokesman said.

The rail lines would be reopened only when water levels recede and conditions are safe, he said.

The Port of Newcastle, which last year shipped 158 million tonnes of coal, said bad weather had slowed vessel movements into and out of the port, but operations were continuing.

Newcastle Coal Infrastructure Group, which operates one of the coal terminals at the port, confirmed that coal deliveries into the port had been suspended.

Glencore said it has reduced output at some sites as a safety precaution.

Yancoal said it has suspended operations at its Mount Thorley Warkworth and Stratford Duralie mines.

New Hope said it was experiencing only a minor disruption and was still able to get a limited amount of coal to port.

Other miners were not immediately available to comment on the impact on their operations.