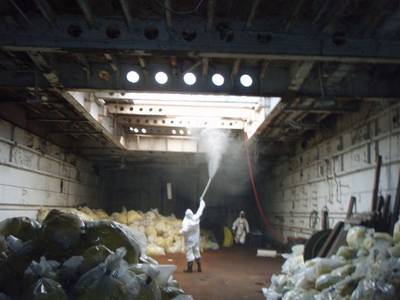 What happens when a solution to one or many obstacles ends up becoming an even larger problem? For seamen, one such problem is asbestos.
Asbestos is a natural fiber that was mined for use in construction and household products. It became rapidly popular after others realized it has fire-resistant properties and durability. However, in the 1960s, researchers began to link exposure to this material with cancer, specifically mesothelioma, which can form in the lungs, abdomen or heart.
There are six types of asbestos, each with their own purpose and place of origin:
Asbestos used to be everywhere, and today it is still haunting places of residences, products that include materials that are mined within close proximity of asbestos, such as talc, protective clothes, domestic items and ships. Shipbuilders used to use asbestos because it resists corrosion and high temperature, making it a reliable material.
Navy veterans make up about one third of mesothelioma victims. From 1930-1970, nearly every warship contained anywhere between 30 to 500 tons of asbestos and was used in almost every way imaginable. Once the link to cancer was beginning to grow stronger, reviews of these naval ships began. The same care, however, was not immediately continued over to merchant seamen and shipbuilders who also handled and were exposed to asbestos just the same.
Like the veterans, many merchant workers inhaled the fibers while working in tight spaces and lack of proper ventilation. These fibers also left families at risk of secondary exposure by falling on men’s clothes that they wore home and their wives laundered. Though asbestos is not considered dangerous until it has been released from where it has been contained, it is not hard to imagine that the continuous vibration and movement of these large vessels could cause a disturbance leading to more asbestos-related diseases for seamen.
Asbestos is not completely banned in the U.S. There are still some products that are made or imported in that are allowed to contain the material. This is because the 1989 ban on asbestos brought on by the EPA was overturned by the federal court stating that the EPA could ban new uses of asbestos, but not ones with historic use. With this, it is important for merchant seamen to be aware of what asbestos looks like, and to check in with the ship’s history to see if a review was ever made on it for asbestos tiles or anything that could contain the material, and if it is intact.
The Author
Shannon Connor is a Health Advocate at Mesothelioma + Asbestos Awareness Center (MAA).
• Africa • Australia • Bolivia