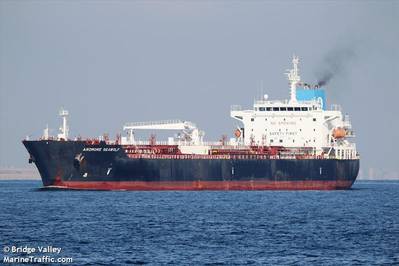 BW Group's Hafnia said it sent a letter on June 19 to the chairman of Ardmore's board outlining its proposal and inviting discussion regarding an all-stock transaction.

Ardmore, which owns and operates a fleet of medium range (MR) product and chemical tankers ranging from 25,000 to 50,000 deadweight tonnes, said that it reviewed the proposal and turned it down within two weeks.

"Ardmore's Board of Directors thoroughly reviewed the proposal, including consulting with independent legal and financial advisors, and unanimously determined that the proposal was highly opportunistic, substantially undervalued Ardmore and its future prospects, and did not constitute a basis for engaging in discussions with Hafnia," the company said in a statement.

In making its determination, the Ardmore Board considered, among other things, that the proposed exchange ratio implied an offer price to Ardmore shareholders of $3.87 per share, which represented a discount of approximately 18% to the Ardmore share price on June 19, and a discount of more than 28% to the volume weighted average share price of Ardmore over the 30 days prior to the proposal.

"We are disappointed by Ardmore’s response and continue to believe that our proposal is in the best interests of Ardmore shareholders," Hafnia said in a statement of its own. "We believe that large and well-capitalized shipping companies can be more cost-competitive in operations and financing, better equipped to make the necessary environmental investments to meet new regulations, and better able to provide public shareholders with scale and liquidity. By optimizing for these benefits, we are confident that the combined company would provide significantly higher value for Ardmore and Hafnia shareholders in both the short- and the long-term."

Hafnia said no further dialog has taken place between the two companies, though it noted it remains open to consolidation discussions in the future.