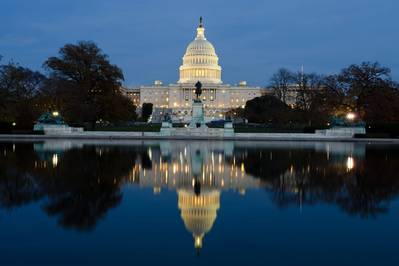 On June 22, 2018, the Office of Management and Budget (OMB) issued a federal government reorganization proposal entitled “Delivering Government Solutions in the 21st Century”.  The 132-page document is subtitled ‘Reform Plan and Reorganization Recommendations’.  I have not read the entire report, but I have examined those portions that relate to maritime issues.  I find those portions to be uniformly ill-advised.
Associate Justice Oliver Wendell Holmes, Jr. once wrote: “A page of history is worth a volume of logic.”  The authors of this proposal should brush up on their history.  For example, the Lighthouse Service was merged into the US Coast Guard due to their mutuality.  Both were maritime services, operating large and small vessels.  On numerous occasions, personnel of the Lighthouse Service rescued individuals in distress or assisted in those rescues. Also on numerous occasions, personnel of the Coast Guard assisted in the maintenance of maritime aids to navigation.  There is an underlying rationale behind the current government organization and the burden for reorganization should be heavy.
In the introduction, the proposal laments that the organizational structure of the federal government has not kept pace with America’s needs.  It points to a 20-year long decline in the public’s trust of government and then leaps to the conclusion that reorganizing the Executive Branch will result in a return of that trust.

The proposal identifies the following benefits of reorganization:
(1) refocus structures around missions and customers;
(2) enhance management accountability;
(3) prioritize limited resources and eliminate unnecessary activities; and
(4) improve communications and coordination.
Costs of the proposal are not enumerated.
I cannot meaningfully comment on the entire Executive Branch, but I can say that the maritime elements of the government are doing quite well.  This article will attempt to address the impacted maritime elements in the order with which they are presented in the proposal.

•The proposal would move the US Army Corps of Engineers (USACE) Civil Works out of the Department of Defense (DOD) and into the Department of Transportation (DOT) and the Department of the Interior (DOI) to consolidate and align USACE civil works missions with those agencies.  The commercial navigation function would be transferred to DOT, with the remaining functions going to DOI.  The commercial navigation function consists primarily of dredging, but also includes construction and operation of locks and dams.  Dams, though, also invoke the flood and storm damage reduction function, which the proposal would move to DOI.  The proposal is silent about how to address how this infant will be divided.

•The proposal would merge the National Marine Fisheries Service (NMFS) of the National Oceanic and Atmospheric Administration (NOAA) with the Fish and Wildlife Service (FWS) of the Department of the Interior (DOI).  Justification for this merger is that currently the two agencies could reach different conclusions on how to address potential impacts of a proposed dam system.  The problem is that the merger would not eliminate the possibility of reaching differing conclusions.  That occurs all the time and is why decision-makers get involved in balancing costs and benefits.  Reorganization may change who makes the balancing decision, but it will not eliminate the need for decision-makers.

•The proposal would reorganize the Department of Transportation (DOT) to better align the agency’s core missions and programmatic responsibilities, reduce transportation fragmentation across the government, and improve outcomes.  The proposal would spin off the Saint Lawrence Seaway Development Corporation (SLSDC) and integrate into DOT certain coastal and inland waterways commercial navigation activities.  The proposal states that DOT “operates a lock on the Saint Lawrence Seaway”.  Actually, there are seven locks on the Seaway, of which two are operated by the SLSDC.  The SLSDC is charged with operating and maintaining that portion of the Seaway within the territorial limits of the United States, including the navigable channels.  It is unclear how spinning off this small agency will result in any benefit, but at least we should be clear about what is being done.

As previously stated, the proposal would transfer certain functions of the USACE to DOT.  The proposal notes that DOT has a very limited role in the nation’s commercial maritime systems.  In the next paragraph, it states that DOT already has some limited expertise in the port and inland waterways sectors.  These two statements are in opposition and can’t be used to justify the proposed transfer of various USACE functions.