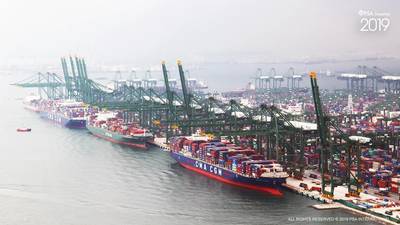 Singapore-headquartered port operator PSA International is all set to take over the Halterm Container Terminal in the Port of Halifax, Canada, and multipurpose Penn Terminals in Pennsylvania, USA.

Halterm terminal at the Port of Halifax is the largest container terminal in Eastern Canada. Penn Terminals located in Philadelphia, USA offers steverdoring, marine terminal and cargo entry for ports in the United States.

Macquarie has been selling down its port assets recently, including DCT Gdansk in Poland, a deal that also involved the PSA.

PSA beat out several bids for Halterm, including a joint bid by Canadian National Railway Co. and a partner.