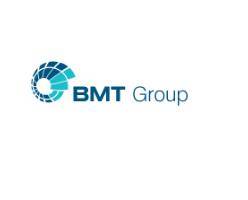 BMT Group Ltd, the international design, engineering and risk management consultancy, announced today that it has achieved strong financial results, despite a difficult year for the global economy and the maritime industry in particular.  A turnover of £142m provided the group with an underlying operating profit of £11m in the year to 30 September 2010, £5.8m of which has been distributed to the staff through the company’s profit share schemes.

Comprising 23 subsidiary companies, the BMT group has successfully focused on its core maritime offering in the organisation’s three sectors of defence, energy & environment and transport. Highlights included: the development of a new and innovative Fast Landing Craft design which met the demanding requirements set out by the UK’s Ministry of Defence; successful completion of the first sustainability strategy and management framework assessment for Guangzhou Development Industry Holding Co. Ltd, a major power company in the Pearl River Delta region of China; and partnerships with a diverse range of customers including the United States Coast Guard to provide Human Factors Engineering studies to address issues in the design and operation of equipment within demanding environments.

BMT has also opened new offices in India and Brazil to better support and grow the organisation’s core businesses located in these regions and acquired the Western Australia based port and harbour engineering specialists, JFA Consultants, to further enhance its offering in the Asia-Pacific region.

Peter French, Chief Executive of BMT Group Ltd said: “The continued focus on our core business combined with the commitment and ability of our people to respond to our customers' challenges, have allowed us to weather the difficult economic conditions.   That we have held our own in such a tough climate is a testament to our strength and ability to provide valued solutions, at whatever stage in the economic cycle.”

Last year marked the 25th anniversary of BMT and with it came the implementation of its sustainability strategy which is already seeing positive results within the group.  It also saw the launch of BMT's philanthropic initiative, BMT Giveback, the first project of which is now underway in India.

From one of the world’s biggest coal ports in Australia to ice breakers in the Caspian Sea, BMT is at work on projects in 35 countries. Over the last 25 years BMT has delivered some remarkable achievements including:
•    Being part of the European Space Agency development team, working on the use of earth observation for maritime markets
•    Providing its insight and knowledge to over 70 EU research projects
•    Designing the US Navy’s high speed ‘X-Craft’ catamaran as well as the Royal Navy’s Queen Elizabeth Class (QEC) future aircraft carrier
•    Assessing the damage caused by major disasters from Piper Alpha and the Herald of Free Enterprise to the Sea Empress oil spillage and the effects of Hurricane Katrina.
•    Wind tunnel modelling to assess airflows for Dubai’s Burj al Arab, Beijing’s Olympic stadium and a number of F1 racing cars
•    Developing the PC Rembrandt ship-manoeuvring simulator, now used on many of the world’s cruise ships including Cunard’s flagship liner, Queen Mary 2.