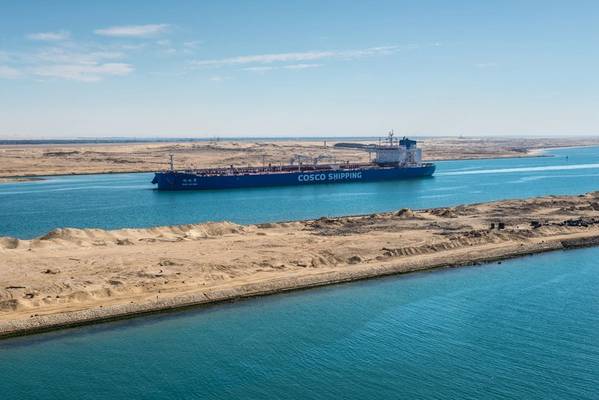 The number of oil tankers passing through the Suez Canal in October has declined sharply, down 27% for the month year-on-year amid persisting subdued demand for oil transport since the April crash in oil prices that fueled high demand for oil tankers, according to shipping association BIMCO.

A total of 3,708 oil tankers passed through this key chokepoint for global shipping between January 1 and October 31, representing 76 less oil tanker transits (or a 2% decline) compared to the same period last year, BIMCO says. The steepest decline in October was recorded for LR1 tankers (55,000 – 80,000 DWT), which only saw nine transits, representing a 74% drop.

“The oil product tanker workhorse, the MR, recorded the smallest drop in transits, down to 49 from 52 in October 2019, accounting for 16% of total oil tanker transits,” says Peter Sand, BIMCO’s Chief Shipping Analyst.

Back in May, a record 100 MR transits took place, representing 21% of all oil tanker transits. At that time, the oil price war worked miracles for freight rates due to a sharp rise in spot market demand, resulting in a monthly record of 482 oil tanker transits.

“Since May, the oil freight market has gone from fast forward to reverse, as illustrated clearly by the sharp drop in October for Suez Canal transits,” Sand says. 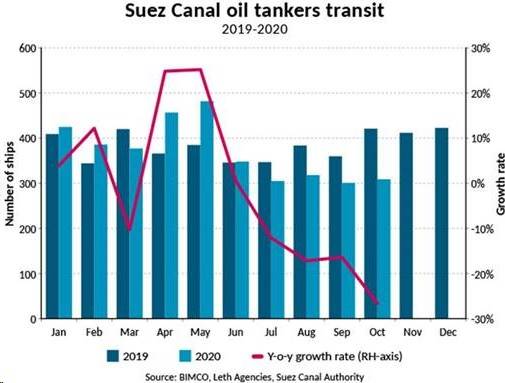 In contrast, BIMCO points out that dry bulk transits have risen 24.4% (822 more transits) in the first 10 months of the year, whereas containership transits unsurprisingly fell by 14.4% (657 less transits). 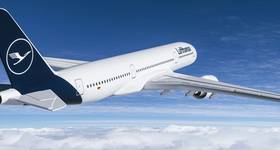