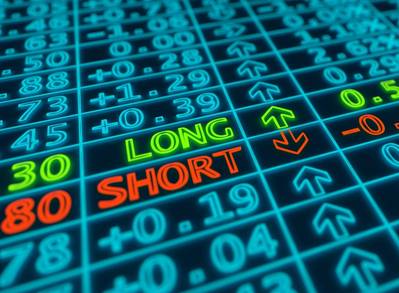 Global shares rose on Monday amid growing optimism the United States and China will reach a trade agreement as soon as this month.

U.S. President Donald Trump and Chinese President Xi Jinping might seal a formal trade deal around March 27, given progress in talks between the two countries, the Wall Street Journal reported on Sunday.

The two nations have imposed tit-for-tat tariffs on billions of dollars worth of each others' goods, roiling financial markets, disrupting manufacturing supply chains and shrinking U.S. farm exports.

A source briefed on the negotiations told Reuters the two countries appear close to a deal that would roll back U.S. tariffs on at least $200 billion worth of Chinese goods.

Stock markets welcomed the news, with European markets following their Asian counterparts higher. The pan-European STOXX 600 index was up 0.4 percent.

MSCI's All Country World Index, which tracks shares in 47 countries, was up 0.1 percent on the day.

"The key question is - will all tariffs will be removed instantly, or will they be gradually dialled back?" wrote Lukman Otunuga, research analyst at FXTM.

"While the renewed risk appetite is seen boosting European and U.S. stocks, investors should consider how much upside is left, given that markets have been actively pricing in the possible resolution to the trade saga."

In Asia, Chinese shares were the biggest gainers, with the blue-chip index up as much as 3 percent. The CSI300 index rallied last week after index provider MSCI quadrupled its weighting for mainland shares in its global benchmarks.

That left MSCI's broadest index of Asia-Pacific shares outside Japan with gains of 0.3 percent. The index has risen almost 10 percent so far this year.

POLICY EASING? March is expected to be a crucial month for global markets. Britain's parliament will vote on an agreement to leave the European Union, the U.S. Federal Reserve will hold a policy meeting that could yield clues on its plans for interest rates and balance sheet reduction, and the European Central Bank will hold its scheduled policy meeting this week.

"While it will take time for economic data to stabilise from the current slowdown, policy shifts by central banks and governments, especially in the U.S. and China, should help support investor confidence for now," said Tai Hui, Asia-Pacific chief market strategist at JPMorgan Asset Management.

In the United States, manufacturing activity dropped in February to its lowest since November 2016, consumer confidence fell short of forecasts, inflation was tame and U.S. personal income fell in January for the first time in more than three years.

Moody's on Friday lifted Greece's issuer ratings to B1 from B3, citing the effectiveness of the country's reform programme.

The dollar index rose against a basket of major currencies to its highest in a week. It was last higher 0.1 percent at 96.604.

Speculators have ramped up long dollar bets, with the latest positioning data showing net positions rising to $27.24 billion for the week ending March 1. Most of those bets are positioned to take advantage of higher U.S. interest rates.

The Australian dollar, a liquid proxy for risk hedges, gained, but disappointing domestic data curbed the gains. The currency was last at $0.7076, after earlier rising as high as $0.7118.