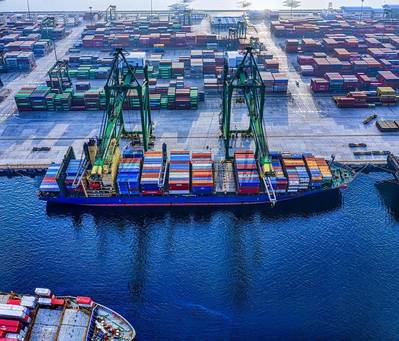 DP World is to operate a logistics park at the Saudi Arabian port of Jeddah, according to the kingdom's port authority which on Monday invited media to the contract signing on June 19.

The invitation said it was DP World's first logistics park in Saudi Arabia.

DP World, owned by the government of Dubai and one of the world's largest port operators, already operates a container terminal in Jeddah Islamic Port where the park will be located.

Jeddah Islamic Port can handle 2.4 million shipping containers each year and is the main import destination for the kingdom, according to a DP World website for the port.