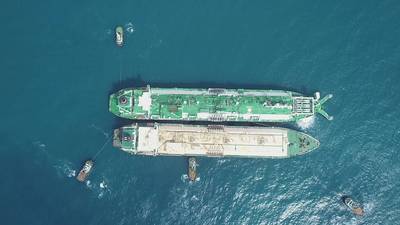 A new gas law in Brazil aims to see liquefied natural gas (LNG) will have a relevant role in the national market, a move that could drive new opportunties on the waterfront.

Wilson Sons, the largest operator of maritime and port logistics in the Brazilian market, stands to benefit, and last year the company's Towage division carried out more than 25 special operations, which included services to the natural gas or LNG sector, as support for gas carriers and FSRUs (Floating Storage Regasification Unit), and also to the O&G sector in support of FPSOs (Floating Production Storage and Offloading) and drilling rigs.

“Today we have a fleet of 80 tugs, the largest in Brazil, spread across the Brazilian coast. Four are high power escort tug models, and we are waiting for a new series of six new units of this class, which started to be built this year at the Company's shipyard in Guarujá (SP)”, said Elísio Dourado, commercial director of the Wilson Sons’ Towage division.

Among the customers served by Wilson Sons tugs in this segment is Celse (Centrais Elétricas de Sergipe), which operates the Port of Sergipe Thermoelectric Power Plant (TPP). With 1.5 GW of installed capacity, the Sergipe TPP is supplied by a regasification terminal, capable of storing up to 170 thousand cubic meters of LNG and regasifying up to 21 million cubic meters of gas per day.

Wilson Sons’ tugboats operate in ship to ship operations (cargo transfer from ship to ship) to supply the terminal. “These are highly complex operations and require a high level of security, with adequate planning and training. Having a partner with Wilson Sons' experience is a plus”, highlights Lucas Buranelli, LNG terminal operations manager at Celse.