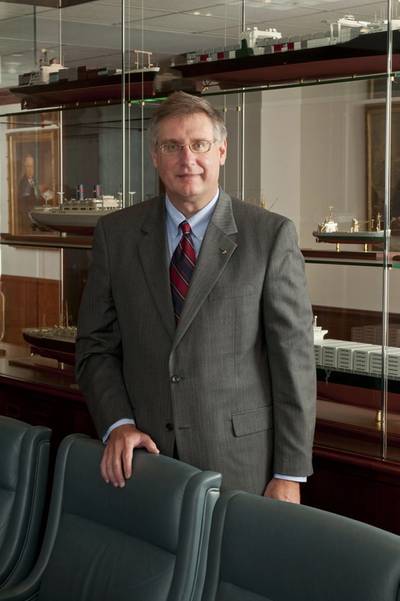 “Chris is a leader with tremendous influence and impact,” said Dean Philippe Fauchet. “He has built an outstanding career, led his company with integrity, and upheld the tenets of the engineering profession, which he has guided and helped shape. His dedication to the profession has inspired many, and the School of Engineering is proud to recognize him as a distinguished alumnus.”

“I am humbled and honored to receive this recognition,” said Wiernicki. “As the son of immigrants, I was instilled with values based on the importance of dignity and respect, education, hard work, perseverance and a pioneering spirit. My well-rounded Vanderbilt education has been pivotal throughout my journey as a business leader.”

During his keynote address, Wiernicki examined the transformation of a talent equation.

“As new technology redefines our talent needs to require new technical skill sets, the rate of change of technology redefines our talent characterization to require new learning mindsets,” said Wiernicki. “The Fourth Industrial Revolution is reshaping our world through unprecedented processing power and unlimited access to knowledge. Tomorrow’s talent must continuously adapt and learn to process enormous amounts of data.”

Wiernicki lectures at the university level on topics ranging from leadership to technology and serves on the Board of Trustees for the Seamen’s Church Institute as well as numerous University Boards and Advisory Councils.