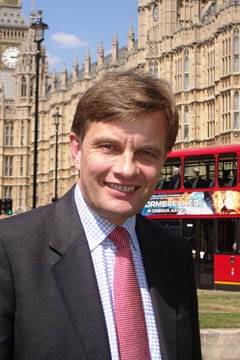 The Welsh Secretary of State David Jones has announced his intention to host a reception during September’s London International Shipping Week to highlight the importance of the Welsh maritime sector.

And he has highlighted the economic importance of Welsh ports, stating, “Welsh ports, their industry and the passengers and freight passing through them, form a vital part of the economic infrastructure of Wales. They also make a wider contribution to the U.K. maritime services sector as a whole.”

In an article written for the U.K. Chamber of Shipping’s website, David Jones MP, Secretary of State for Wales said, “I believe the U.K. and Welsh Governments must work together to encourage commercial development of ports.” He also spoke of the need to ensure port-based businesses are supported through planning and business rates policies.

A full copy of the article is below.

By David Jones MP, Secretary of State for Wales.

Wales has a strong and proud maritime history and I was delighted to be able to host an event on board HMS St Albans when she docked in Holyhead recently. She was just one, amongst a huge number of vessels in port that day. I was amazed by the frenetic, yet intensely organised, movement of the place.

Given that Holyhead is the second busiest port in the U.K. for roll-on-roll-off transit, it should come as no surprise that Welsh ports, their industry and the passengers and freight passing through them, form a vital part of the economic infrastructure of Wales. They also make a wider contribution to the U.K. maritime services sector as a whole.

Holyhead Port, with its key location at the very top north-western corner of Wales, is the sea gateway between the Republic of Ireland and the rest of Europe. In 2011, all the HGV traffic between Ireland and Europe passed through Wales. Statistics from that year also show that 2.8 million people travelled to Ireland from Welsh ports, 2 million from Holyhead alone.

That isn’t to say that other Welsh ports are not also playing their part. The Port of Milford Haven in Pembrokeshire handles almost a third of Britain’s seaborne trade in oil and gas. With its oil refineries and LNG terminals, Milford Haven is key to the U.K.’s energy security. It is the largest port in Wales and, indeed, the third largest port in the U.K., supporting over 4,000 jobs.

However, there are several growth areas that I would be keen to see Wales exploit. In particular, the cruise tourism sector is booming. Whilst the U.K. Government has responsibility for ports in Wales, with the exception of fishery and leisure ports, I believe that the U.K. and Welsh Governments must work together to encourage commercial development of ports in this way.

Total freight traffic through Welsh ports in 2011 accounted for just under 13% of the total U.K. port traffic. The adequacy of transport infrastructure for the onward movement of that freight is just one example of what needs to be considered in the development of our ports. We also need to ensure that businesses that operate from ports are supported appropriately using the levers available to Government, some of which are devolved in Wales, such as planning rules and business rates policy.

My department, my ministers and I are proud to support London International Shipping Week and its promotion of the U.K. maritime sector. I am pleased to announce that I shall be hosting a reception during the week-long event for members of the Welsh maritime sector to come together at Gwydyr House.