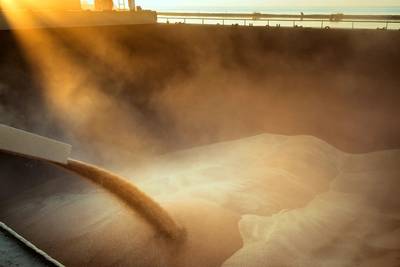 Vietnam could recall an order that goes into effect on Nov. 1 that requires companies to re-export wheat cargoes containing cirsium arvense seeds, known as Canada thistle, the government said on Wednesday.

Vietnam, whose main wheat suppliers include Russia, Australia and Canada, has been battling with imports contaminated with thistle seed since May. The government is concerned that the contaminated cargoes could cause the Canada thistle weed to spread across the country and potentially harm domestic crop yields.

Last month, the Ministry of Agriculture and Rural Development's plant protection department said cargoes containing cirsium arvense would have to be re-exported starting in November.

The department also proposed the agriculture ministry consider halting imports of wheat cargoes contaminated with the thistle seeds, though it did not give a time frame, sparking opposition from local businesses that use wheat.

On Wednesday, Mai Tien Dung, the head of the Government Office, which supports the Prime Minister, and acts as a spokesman for the government, said it would recommend the agriculture ministry recall the re-export order while continuing a comprehensive assessment of the import halt.

"In terms of legality, this (order) is beyond (the department)'s legal authority... (and) massively impacts manufactures that use wheat as material such as confectionery and instant noodle," said Dung, in a statement on the Vietnamese government's official website.

The agriculture ministry is working to resolve the issue, the statement said.

Russia is the biggest supplier for wheat to Vietnam, accounting for 57 percent of the 3.99 million tonnes of imports in the first nine months of 2018, followed by Australia and Canada, customs data showed.

Russia's food safety watchdog has been beefing up quality controls on grain exports due to complaints from major buyers and the lower quality of its crop. Last week, it said it will inspect grain loading at ports to ensure export quality.

Trung said if the seeds are spread in Vietnam, cattle cannot eat them and other countries could immediately create technical trade barriers or ban imports from Vietnam.

He suggested companies import wheat from thistle-free countries such as Kazakhstan, Australia and Argentina.