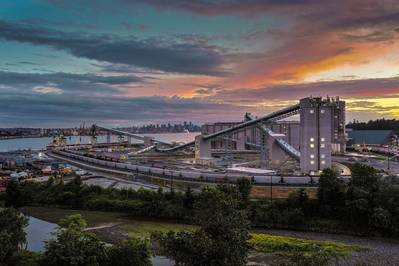 Construction on the facility began in March, 2017 at the site in North Vancouver and is now substantially complete as planned. The facility has for the last several months been safely and efficiently taking in Prairie grain by rail and loading it onto ships as part of a commissioning process. The facility is now in commercial operation.

G3 Terminal Vancouver’s dock can accommodate vessels up to Capesize, and its three large ship loaders move grain on board at up to 6,500 metric tons per hour. The facility has a storage capacity of 180,000 metric tons and receives and ships a variety of grains and oilseeds. It can receive up to three 150-car trains on its loop track, unique among grain exporting terminals in Canada. Trains quickly unload while in motion and travel back to G3’s Prairie elevators without detaching from their locomotives, which is critical to increasing supply chain efficiency

“G3 began with the vision of building a more efficient path from farmers’ fields to global markets,” said Don Chapman, President and CEO of G3. “We are very proud to see this vision become reality at G3 Terminal Vancouver, thanks to the safe and efficient work of our contractor Peter Kiewit Infrastructure Co. and with the help and cooperation of the Vancouver Fraser Port Authority.”

Due to COVID-19, G3 is setting aside plans for a grand opening event at G3 Terminal Vancouver. “We will miss the opportunity to celebrate with our customers, partners and other guests but ensuring health and safety is of prime importance. Staff is working at the facility with physical distancing and hygiene measures in place,” Chapman said. 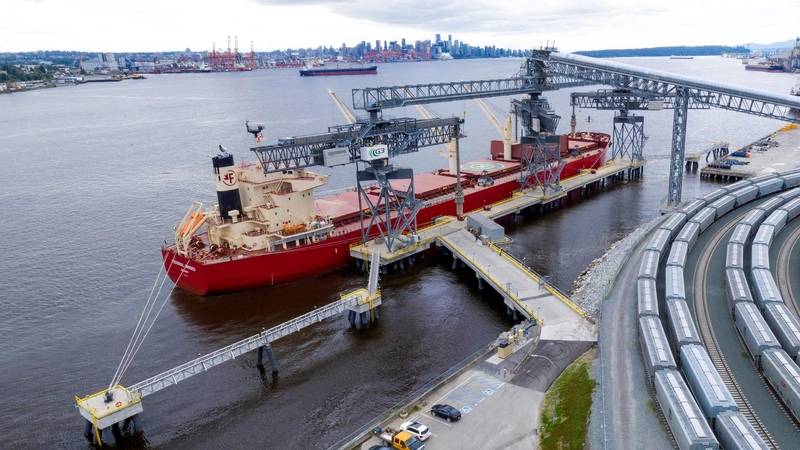