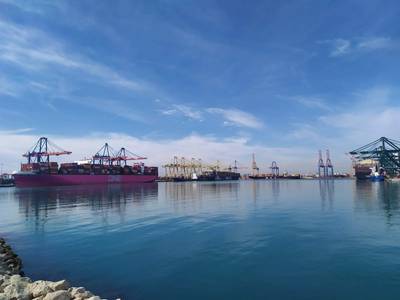 The geopolitical situation marked by the world crisis in the energy sector, the war in Ukraine, the price of fuel, the increase in the cost of energy and the shortage of raw materials are weighing down the activity of Spanish companies that use the docks of Valenciaport to sell their products abroad, while domestic demand continues to rise.

In the first four months of the year, data from the Statistical Bulletin of the Port Authority of Valencia (PAV) show that total traffic amounted to more than 27 million tonnes, which represents a decrease of 3.66% compared to the same period in 2021, while TEUs (standard 20-foot container) amounted to 1,702,236, with a drop of 7.99%. Regarding containers, full containers dedicated to foreign sales have decreased by 12.72%, while those dedicated to imports have grown by 6.96% during the first four months of the year. A situation that is also seen in the month of April, where full cargo containers fell by 19.87% while those for unloading grew by 35.5%.

This trend is shown in all sectors with generalized decreases in all of them such as vehicles and transport elements (-7.68%), agri-foodstuffs (-15.79%), construction materials (-10.55%), chemical products (-18.14%) and other goods (-21.5%). On the other hand, imports grew, especially natural gas arriving at the Port of Sagunto, which between January and April amounted to 1,305,445 tonnes, three times more than in the first four months of 2021.

If the year-on-year trend is compared (May 2021-April 2022 compared to the same period the previous year), the overall figures for Valenciaport stand at 83.85 million tonnes handled, with a growth of 1.15% and a total of 5,456,592 containers handled, a figure 1.31% lower than the previous period. In annual terms, full containers of cargo dedicated to exports amounted to 1,036,499 with an increase of 2.83% and full containers for unloading (import), which stood at 856,049 containers with an increase of 16.28%. On the other hand, full transit containers fell by 8 percent and empty containers fell by 1 percent.

Vehicles and countries
In terms of RoRo traffic (system by which a vessel transports cargo on wheels), 4,075,945 tonnes were handled in the first four months of the year, a similar figure to the same period in 2021; while cars under the goods regime stood at 197,187 units, up 4.77%. On the other hand, passenger traffic amounted to 239,492 people (including regular lines and cruise passengers), with a total growth of 168%. During these months, 61 cruise ships have been received with nearly 68,000 passengers.