Turkey to Ramp up Corn Imports 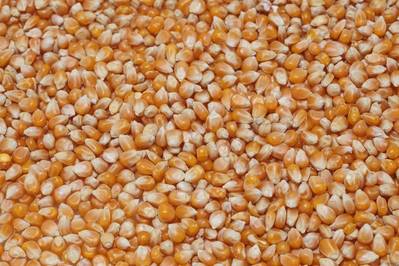 Turkey's state grain agency TMO is expected to buy up to 320,000 tonnes of animal feed corn in the coming months after the Turkish government approved a large import programme, traders said on Monday.

Turkey's state grains board TMO has been granted the right to import 500,000 tonnes of duty-free corn up to Dec. 31, 2017, a cabinet decision in the Turkish official gazette published on May 11 showed.
The 500,000 tonnes included about 180,000 tonnes of corn purchased by the TMO in an international tender on Thursday, a TMO source said.
"I think that we can expect import demand in coming months for the remaining 320,000 tonnes in this allocation," one European trader said. "I think we could well see some large purchases in tenders in coming months."
Low corn stocks in the private sector and strong demand from feed and starch producers encouraged TMO to import corn to meet domestic requirements and stop price increases, the U.S. Department of Agriculture's foreign agricultural service said in a report this month.
Turkey has been a major importer of Russian corn in the past. But a sudden end to Russia's duty-free status in March effectively stopped Turkish imports of its wheat, corn and sunflower oil, in a move suspected to be related to a wider trade dispute.
Russian wheat and sunflower oil imports resumed from May 8, however, following a meeting between the presidents of the two countries.
Russian corn was also now being imported by Turkey but some restrictions were believed to remain, traders said. In its corn tender on Thursday, TMO listed a series of countries from which the corn could be sourced but Russia was not among them.
Turkey and Russia signed a memorandum on lifting trade restrictions against each other, Turkish presidential sources said on Monday, after Ankara and Moscow agreed at a meeting this month to settle trade disputes.
(Reporting by Michael Hogan, Valerie Parent, Polina Devitt and Humeyra Pamuk; editing by David Clarke)
• Russia • Turkey • Turkish government