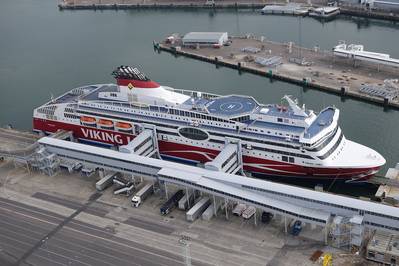 Trelleborg’s marine and infrastructure operation has been awarded a contract to install its rope-free automated mooring system, AutoMoor, at the Old City Harbor at the Port of Tallinn, which is the biggest harbor in Estonia and one of the busiest passenger harbors in the world.

In first quarter of 2020, Trelleborg will install six units of its AutoMoor T40 Twin Arm at the Old City Harbor’s Berth 13 cruise ferry wharf to facilitate faster berthing processes and improve safety levels within the port environment. Using vacuum technology to rapidly attach to and secure a vessel at berth, AutoMoor reduces vessel motions and continuously monitors all mooring loads acting on the vessel at berth. This provides live data to the operator to optimize day-to-day port and terminal operations. It also minimizes personnel involvement to reduce human error and improve safety.

Peeter Nogu, Chief Infrastructure Development Officer at the Port of Tallinn, said: “Berth 13 will service large cruise ferries from Finnish shipping companies including Viking Line and Eckero Line, on the Tallinn to Helsinki route across the Gulf of Finland, our busiest route. As a result, it was vital that we upgraded the berth to ensure a high vessel throughput. With that in mind, it was essential that the upgrade saw the adoption of automated mooring systems to facilitate quick, safe and reliable mooring operations.”

Trelleborg’s AutoMoor T40 Twin Arm has two mooring arms that can operate in synch or independently to provide flexible mooring of vessels with varying hull profiles, enabling ports to accept a greater range of vessel types. The AutoMoor T40 Twin Arm also has a compact footprint allowing for installation in limited spaces including between gantry rails and the wharf edge.

AutoMoor will be installed as part of the TWIN-PORT 3 project and are being co-financed by the EU Connecting Europe Facility (CEF), a collaboration between Tallink, Viking Line and Eckerö Line, the ports of Tallinn and Helsinki and the City of Helsinki. As part of the project’s total budget of 61.2 million EUR, the Port of Tallinn is investing a total of $17.2 million.

Trelleborg’s AutoMoor solution falls under the operation’s SmartPort portfolio. SmartPort powers the critical interface between ship and port, on land and at sea. It connects port operations, allowing operators to analyze performance and use data to improve decision making. The system integrates assets like fenders, mooring equipment, ship performance monitoring, and navigation systems, underpinned by cloud and Internet of Things (IoT) technologies.