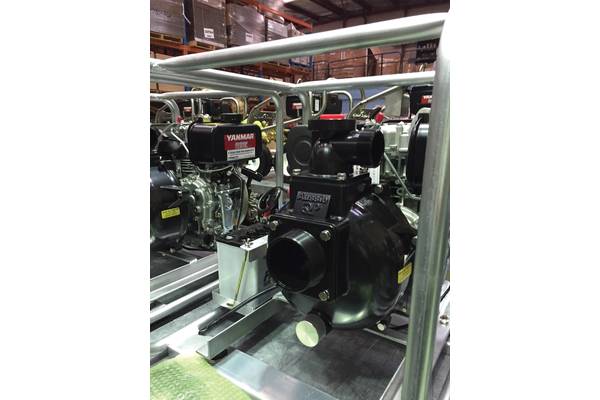 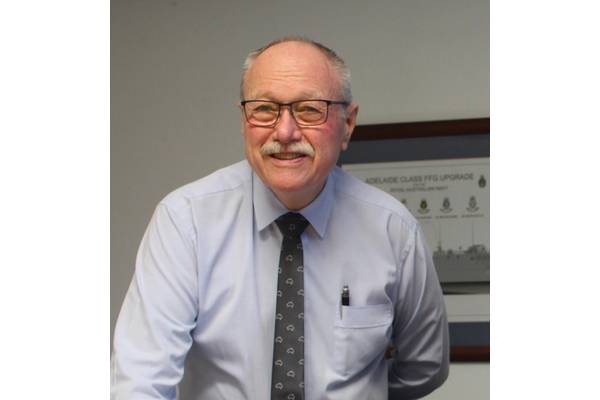 John Hales has work extensively with the Royal Australian Navy on major ship availabilities. The Sea Skipper is his idea of being able to solve real firefighting at sea/salvage issues where lives are at stake. Image: Australian Pump Industries

After working with the Royal Australian Navy for several years, a small Australian pump manufacturer – Sydney-based Australian Pump Industries – which works on both the naval and commercial side of marine, developed a high-pressure fire and salvage pump dubbed the Sea Skipper, designed specifically for seawater applications.

“You can imagine the condition the pumps were in,” said Hales.  “Some of them had cast iron impellers and aluminum bodies. Fasteners were cad plated steel.  Engines were not specially treated in any way to protect them from rust,” he said.

After a short time at sea, the pumps suffered severe corrosion and were unserviceable for one reason or another.  The pumps with cast iron impellers and volutes, even though they may have had marine grade aluminum bodies, were never flushed out with fresh water after use.
After two or three months of being idle, those pumps had their impellers and volutes ‘joined at the hip.’  “In an emergency, that’s the last thing you need,” said Hales.

The company moved into high gear to figure out how they could take their own commercial agricultural high-pressure fire pumps, and turn them into seawater pumps. The standard product was developed for fighting bushfires in Australia’s sweltering summer seasons.
First, the company started working with powder coating the bodies inside and out. Finally they realized that the only way to provide a solution, was to go to cast bronze impellers and volutes, 316 stainless steel fasteners and fitting zinc anodes.

The project evolved over a period of years, step by step, until the company had produced the final version of what they christened the Sea Skipper Fire Chief.

The pump delivers a 450 lpm flow and heads of up to 50 meters, equaling 100 psi pressure  The pumps, already proven in bushfire fighting with Australian National Parks and firefighting authorities, are designed to have excellent self-priming characteristics.

The hydraulics of the big belly body on the pump allows a vertical suction lift 7.6m (25 ft.).  Compared to other diesel pumps, they are light weight so are a two man lift, and they come with hot dipped galvanized carry frames, available in both recoil and electric start.

The L48 4.8hp Yanmar diesel provides loads of power and the pumps are remarkably efficient.  Not only the Australian government uses the Aussie Pump product range but, other navies throughout the world, including the French, Indian, Bangladesh and Sri Lankan are gradually standardizing on the Sea Skipper range.

The Fire Chief Sea Skipper is the flagship product and is designed for firefighting at sea and salvage rescue work.  The company is working on the production of bigger pumps in the Sea Skipper configuration that will handle flows of up to 1,800 lpm and suction lifts of over 8m.
“We’re getting enquiries now from around the world for a bronze impeller and volute trash pump that can be used for cleaning out oily bilges.  That’s a new project for us and we’re just trying to evaluate the market potential,” said Hales.