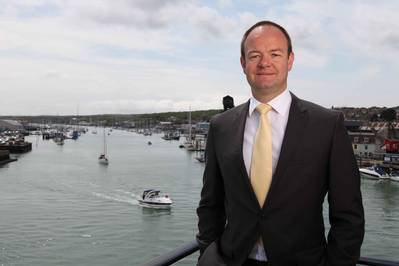 With the energy market swoon in full blossom, Maritime Reporter checked in with Mark Charman, chief executive of global recruiting leader Faststream, for his insights on the breadth and depth of the impact to the offshore employment market.

Uncertainty.
If there is one word that summarizes current global energy market conditions, it is uncertainty. The sudden downturn in oil pricing – which started nine months ago and collectively caught much of the global market by surprise – is almost on par with the world’s level of surprise when energy production rose rapidly with the advent of shale oil and gas technology.
The benchmark Brent crude price hovered around $54 per barrel in mid-March, down from highs above $115 in June 2014 but up from recent lows of $45 in January 2015. While industry watchers and Wall Street debate the length and severity of the current crisis, the impact is taking its toll on Main Street, as  employment in the energy sector starts to crumble. But this most recent energy down cycle may not come with the signature talent drain seen in downturns from year’s past reasons the head of one of the leading energy sector recruitment firms in the world.

The Big Picture
Faststream is a market leader in recruitment in the maritime and oil & gas sectors and CEO Mark Charman has much experience and perspective to give. “Where O&G meets shipping we call it the offshore marine sector, and a large proportion of our business comes from the offshore marketplace,” said Charman. “For us, offshore comes from everything from floating production – FPSOs, FSOs and the like – through to the Offshore Support Vessels.”
While the energy market is down and larger companies are enacting lay-off plans, Charman doesn’t believe that the recruitment market follow the same course, as long or as deep as the price of the commodity itself.
“Marine and offshore is an aging workforce, particularly in the U.S., (where you have a significant portion of) a workforce that is close to retirement and ready to leave in the next few years,” said Charman. “Some of those workers will use the current market conditions to say ‘I’ve had enough of this’ and hang up their boots. I think you’ll see a lot of people leave earlier than originally planned, and this will put added pressure on the availability of talent.”
For those with short memories, up until the recent oil price swoon there was a huge skill shortage in the marketplace, and operators were regularly poaching talent from other operators, stunting growth on some projects.  But Charman predicts in the new world of oil and gas that is currently taking shape, there will be clear winners and losers. “The winners will see it as an opportunity to pick up people who they couldn’t find easily during the up market. Companies that have a long-term optimistic view of the market will use this as an opportunity to go out and find those hard-to-find individuals’ who previously were being bear-hugged by their employers.”
While Charman is an optimist, he also is a realist, realizing that the swift and dramatic oil downturn will cause organizations to genuinely cancel projects and let people go. “But I think there are a lot of organizations out there that, even though they are letting people go on one hand, they are hiring on the other. This is the irony of this marketplace.
Through the nature of what I do, I pay careful attention to vacancy numbers, as that is a really good metric of what’s happening in the marketplace. We have seen no drop-off at all in vacancy numbers, and that is quite telling.”
Prior to the recent slowdown, drilling companies were finding it nearly impossible to find drill crews, for example. “You’re seeing a lot of new drillships coming into operation, still with a lot more to come … and those companies aren’t letting go of their drilling crews because they know that they’re going to need those guys for vessels coming into service. They have got to hang onto those good people.”

The Year of Uncertainty
Charman has dubbed 2015 ‘The Year of Uncertainty.’
“Uncertainty is caused by all of the bad news out in the broader press regarding the uncertainty of oil and gas, the uncertainty of the projects. This makes a lot of nervous candidates, and nervous candidates tend to not change jobs in an uncertain market,” reasoned Charman.  “It’s the old mentality of seeking a safe port in a storm … there’s a bit of a storm right now, and there are a whole lot of candidates who are hunkered down in the bunker waiting for the storm to pass. They won’t change jobs during this period. That’s the biggest way in which the uncertainty impacts the industry, which means the companies that are still growing, who are still getting projects, will find it hard still to get the people that they need in this current marketplace.”
As the price of oil and gas is cyclical, so too is the supply and demand in the workforce. During tough times it’s difficult to recruit new talent, a problem exacerbated in the oil and gas market with an aging workforce. Charman reasons that when the market rebounds – and it will rebound – there will be another big pendulum swing, going straight back into skill shortages and massive wage inflation.
While it is impossible to compare energy peaks and valleys, Charman said that this most recent slowdown is fundamentally different from the last one in 2008, when oil was driven down by macro economic forces; which was the global financial crisis and resulting multi-year economic malaise. Today the drivers are different. “We are almost in sort of a false bubble right now with the oil price as to why it is artificially low. At first companies go into a state of shock; they start lay people off; they stop laying people off and take stock of the market; projects start again; and they start hiring again. Right now I think we are still in that phase where the industry is still in a bit of shock. I think in second half of this year we’ll see a normalization of the marketplace where people will start to hire again after companies have adjusted to the new market to make money and be successful.
With decades of recruiting experience under his belt, Charman discusses the market with fluidity and ease, but he knows well the boardrooms are buzzing and difficult decisions are being made every day. “You have to have a medium- to long-term view in regards to workforce planning,” said Charman. “You’ve got to be able to look toward the future, and sometimes make some educated guesses as to what’s around the corner. This period now is tough; it’s tough for CEOs to make those calls. But as sure as apples are apples, this marketplace will come back; companies will need those people, and they’ll need that core workforce in place.”

Contract Professionals
Charman said that the use of contract professionals is used widely in many industry sectors and world regions, a practice not so prevalent in the U.S. or the offshore and maritime markets. He sees the current period of uncertainty driving more companies to consider contract professionals, as he reasons it offers nice hedge in cyclical markets, both up and down, as well as niches where skill shortages are the norm.
“Job security going forward doesn’t come from being employed, it comes from being employable,” said Charman, apologizing if the statement seemed a touch cliché. “From a candidate’s perspective, it’s all about the skills and knowledge and what you can do with it. To leverage this, I don’t think it’s about being employed, its about being employable; keeping up with the latest technologies or the latest projects; having the latest know how; and being able to market yourself to organizations who need this more flexible approach to workforce planning.”
Charman said contract professionals make available a nice pool of really good people available on a contract basis, with a specific skill set to do a specific bit of work.  “I think that’s an interesting element of how contract labor can help companies in the current marketplace.”

The Road Ahead
Charman closely monitors a number of world economic, employment, maritime and offshore specific data daily to keep in touch with the fluidity of the global marine and offshore markets, particularly eying the number of new vessels due for delivery. “There are a lot of new vessels coming into operation. Will they get laid up? I can’t tell you at the moment,” said Charman.  “But we are certainly forecasting big demand in the offshore sector, with the respect to projects going into construction. There is a lot being built right now and will so for the next few years … after that, there is not so much in the pipeline.”
By region, Charman remains bullish on Asia and the Middle East. “I was in Singapore last week, and it’s almost like it’s ‘what crisis?’ The Asia Pacific region is still booming. We’ve seen very little let up in Asia Pacific or the Middle East market; our predictions are that both Asia Pacific and the Middle East will grow for us this year.”
In the U.K. North Sea he predicts a rebound in 2016 to 2017, but the U.S. Gulf of Mexico seems a bit foggier a the moment. This year seems OK, but the question is what’s going to happen going forward. It’s almost a perfect storm at the moment; there is an oversupply of ships combined with a very low oil price and a lot of uncertainty around projects.”
Through markets good and bad, wide and far, Charman said that the job of professional recruitment has not changed so drastically when it comes down to finding the best fit for employer and employee.
“We’ve seen the advent of the internet, the advent of job boards, the advent of LinkedIN, and the advent of internal recruitment capability; but at the end of the day, recruitment is a full contact sport … it’s all about networking and talking to people. There is no substitute for that. It sounds simplistic, but it comes down to knowing your space and talking to people.”
A little certainty in an uncertain market.


(As published in the April 2015 edition of Maritime Reporter & Engineering News - http://magazines.marinelink.com/Magazines/MaritimeReporter)