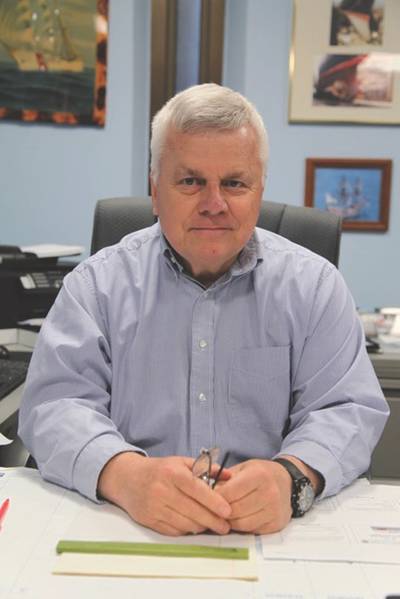 Fink, who is the dean of the college’s maritime education and training department, will serve a three-year term as one of 19 members of Homeland Security’s Merchant Marine Personnel Advisory Committee.

“His expertise and experience will help to ensure current and future mariners are well educated and trained, which makes the maritime transportation industry safer.”

The six state maritime academies are responsible for educating and training more than 70 percent of the nation’s licensed mariners, who transport people and products across the nation and globe. Fink will provide the academies’ perspective on training, certification and licensing processes on the committee, which is comprised of representatives from different parts of the industry.

The committee advises the U.S. Coast Guard commandant and Homeland Security secretary about challenges and best practices regarding the maritime industry.

Fink, who graduated from SUNY Maritime, served 32 years in the U.S. Coast Guard. As the commanding officer of the Coast Guard National Maritime Center, he helped to administer the licensing program, and implement changes made to the 1978 International Convention on Standards for Training, Certification and Watchkeeping for Seafarers. The convention’s code determines the process and requirements for becoming a merchant mariner.

Fink has been a faculty member at SUNY Maritime since 2007. In 2014, he received the SUNY Chancellor’s Award for Excellence in Teaching. Since joining the SUNY Maritime faculty, he has served on the Maritime Academy Council, a group composed of academic deans, licensing department chairs and STCW coordinators from the six state maritime academies and the U.S. Merchant Marine Academy.

He also represented the state maritime academies on the U.S. delegation and the International Association of Maritime Universities at the International Maritime Organization’s STCW meetings and during discussions about code changes. He is co-author of a book that helped American and international colleges and universities come into compliance with the updated regulations included in the 2010 Manila Amendments

Are Foreign Ships Secure in Iran?