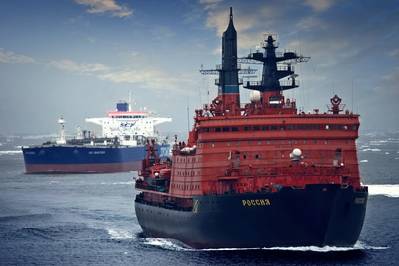 All vessels are designed to the highest industry standards of safety and sustainability, it said.

Korolev Prospect, a ‘Green Funnel’ crude oil tanker, became the first vessel to cross the entire length of the Northern Sea Route using only cleaner-burning LNG as a fuel.

According to the company, shipbuilding contracts were signed for the construction of two Aframax crude oil shuttle tankers for the Sakhalin-1 project with deliveries in early 2022 backed by ten and fifteen year period time charters.