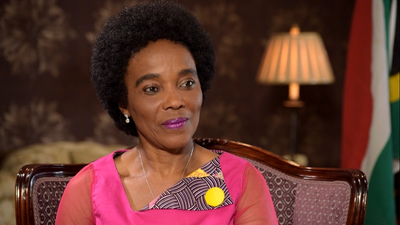 This is according to Sindisiwe Chikunga, Deputy Minister of Transport who announced this week that all eyes will be on South Africa’s maritime sector and Operation Phakisa when more than 230 countries will participate in the WMD.

She made this announcement on the eve of the celebrations of the Day of the Seafarer, organized by the South African Maritime Safety Authority, supported by the DoT, which will be held in Bizana in the Eastern Cape on June 25. The theme for this year is “Seafarers Matter”.

The IMO, which supports the Day of the Seafarer, is a specialized agency of the United Nations responsible for regulating shipping. Every year the IMO celebrates World Maritime Day, which focuses attention on the importance of shipping safety, maritime security and the marine environment and to emphasize a particular aspect of IMO's work.

World Maritime Day is celebrated in the last week of September annually, and in South Africa it is celebrated on September 25.  This year the WMD will take place in Port St Johns.

In 2020, 230 maritime nations will converge in Durban, with experts in the shipping and maritime industry in attendance, together with an array of exhibitions involving the oceans economy.

Chikunga, who will be part of the IMO Day of the Seafarer celebrations in London next week said South Africa’s participation in the international body was critical, as “we are able to showcase the vast potential that lies within our oceans”.

“Sitting on the International Maritime Organization (IMO) allows us to showcase our oceans economy, Operation Phakisa. But also it exposes us to what other countries are doing.

The deputy minister called on young people to enter the maritime sector by becoming seafarers, by making the oceans their choice of vocation.

“If we train you as a seafarer or as cadet, as an engineer, maritime engineer, as a maritime lawyer, you are guaranteed to find employment because the opportunities are available. We are building this industry almost from scratch.”

SAMSA is currently implementing the Maritime Youth Development Program which was established to attract youth, and graduates to the maritime sector.

Sizwe Nkukwana, Program manager for Operation Phakisa at SAMSA said: “This program matters to SAMSA for two reasons. We would like to see the contribution of maritime towards solving some of the country’s problems. We also believe the oceans economy creates opportunities for the unemployed and those who want to build businesses in it.”