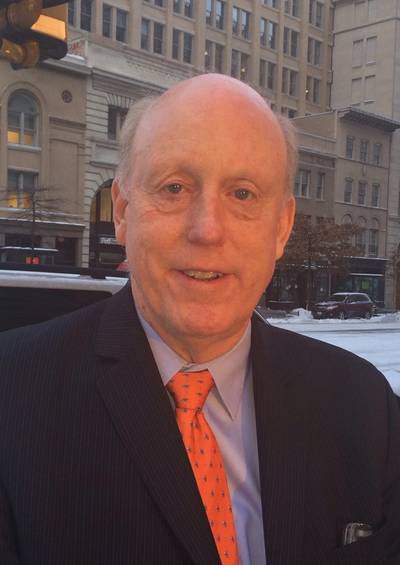 A new well-intentioned maritime fuel regulation from the Environmental Protection Agency (EPA) is poised to crowd roads and increase onshore air pollution, maintain shipping industry leaders Rod Jones and Bill Terry, President and CEO of the CSL Group and of Eagle Rock Aggregates, respectively. They explain that the rule requires the use of high-cost, ultra-low sulfur fuels in ships operating within the 200 nautical mile (nm) boundary of the North American Emission Control Area (ECA).

Mr. Jones' CSL Group operates throughout the Americas and globally, specializing in short sea shipping, which transports cargo along coastal routes, usually within a few dozen miles of shore. Eagle Rock Aggregates, based in Richmond, California, relies on short sea shipping to transport the essential building materials it produces, used for the construction of roadways and buildings.

His testimony highlights concerns that the EPA failed to consider all sectors of the shipping industry in setting this new standard, particularly vessels engaged in short sea shipping. The EPA calculated anticipated cost increases at 3 percent, but focused only on trans-oceanic shipping, whose vessels travel within the ECA for only a fraction of their voyage.

For short sea shipping vessels, which spend nearly all of their time within the ECA, the new fuel requirement means cost increases 10 times that of the EPA's estimates, in turn spelling higher shipping prices and a greater reliance on less environmentally-friendly land-based shipping modes, like truck and rail. "CSL calculated that, on average, each ship would bear about $815,000 of additional annual fuel costs," explains Mr. Jones in his written testimony."For CSL alone, the cost could exceed 14 million dollars per year."

Mr. Terry's testimony describes the new rule's widespread impacts. For construction companies such as his Eagle Rock Aggregates, increased shipping costs will mean higher prices for construction materials. "We at Eagle Rock have invested in an infrastructure that relies upon ships to deliver our product...The ECA will now penalize our business model that by all accounts, is eco-friendly based on the favorability of marine transportation."

Their testimonies explain how the EPA can modify its rule, achieving the same goals without negative economic impacts and harmful environmental consequences. Short sea shipping vessels are much smaller than trans-oceanic container ships, and have virtually no impact on coastal air quality once reaching their cruising distance of 50 nm out at sea. Accordingly, Mr. Jones and Mr. Terry will recommend that the EPA adjust its policy so that short sea shipping vessels be required to use the new, more expensive fuel mandated by the rule up to 50 nm from shore, instead of to the ECA's boundary of 200 nm offshore.