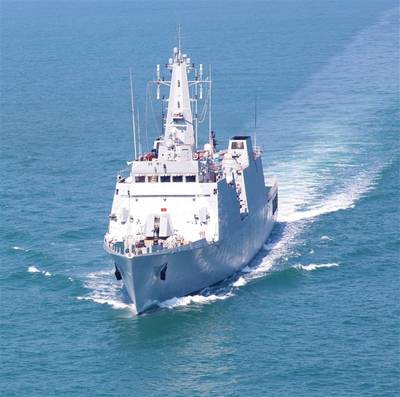 The first of the new 105 meter class of Naval Offshore Patrol Vessel to be commissioned  INS Saryu' handed over to the Indian Navy.

The vessel will help meet the increasing requirement of the Indian Navy for undertaking ocean surveillance and surface warfare operations in order to prevent infiltration and transgression of maritime sovereignty.  This Vessel is suitable for monitoring sea lines of communication, defence of offshore oil installations and other critical offshore national assets. Besides, the Vessel can be deployed for escorting high value ships and fleet support operations.