Scottish Maritime Sector is on the Rise 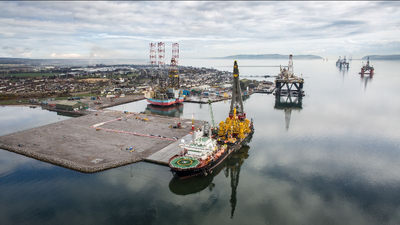 The maritime sector in Scotland directly supports nearly $12.9 billion in turnover and 41,000 jobs according to a new report launched at the UK Chamber of Shipping and British Ports Association Scottish reception.

The report by the Center for Economics and Business Research (Cebr), commissioned by Maritime UK and the Scottish Maritime Cluster, shows that the marine engineering and scientific industry is the largest industry within the Scottish maritime sector in terms of economic activity, directly contributing $3.2 billion in Gross Value Added and directly supporting around 29,000 jobs in 2017.

Indirectly, it is estimated the maritime sector in Scotland helped to support a total of $25.1 billion in turnover and 155,000 jobs.

Commenting on the report, Andrew Hemphill, Port Director at Clydeport and Chairman of the BPA Scottish Ports Group said:

"These figures demonstrate the continued success of the Scottish maritime sector. The unique mix of ownership models and a stable development framework has enabled this success but this must not be taken for granted. An uncertain economic outlook and huge decarbonization challenges mean that the Scottish maritime sector must continue to innovate and invest in new technologies and processes.

As the industry gathered in Holyrood to celebrate this success we hope Government will continue to work with us in a constructive way to ensure that our industry can continue to thrive and support so many highly productive careers. 2020 will be the Year of Coasts and Waters and we look forward to continued success next year and continued working with Scottish Government so we can make further progress on shared challenges.”

“This report highlights the importance of the Scottish maritime sector to the Scotland economy and shows just how well it is doing. The Scottish maritime sector has shown great leadership in the development of new technologies, with hybrid and battery-operated ferries already in service, and the Scottish oil and gas and renewables industries are leading the way in helping meet the UK’s energy needs and providing cleaner, greener energy.

“Our reception at Holyrood gave us the perfect opportunity to acknowledge the sector’s success and I look forward to celebrating the ongoing success of the Scottish maritime sector during next year’s celebrations of Scotland’s Year of Coasts and Water.”

The report is being launched exactly 50 days before the start of Scotland’s Year of Coasts and Waters. The year will see annual events such as the Scottish Traditional Boat Festival at Portsoy and Crail Food Festival joined by The Fife Regatta, an expanded Clydebuilt Festival, and Edinburgh International Film Festival will present Scotland's Shores, featuring classic film screenings and a special outdoor coastal experience.