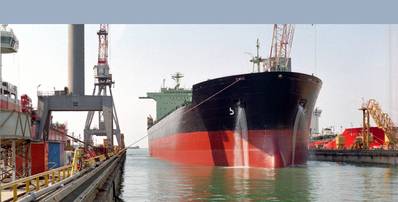 Scorpio Bulkers Inc. announced today that it has further upsized and priced its previously announced offering of senior unsecured notes due 2019 in a registered public offering.

The size of the offering has been further increased from the previously announced size of $60 million in aggregate principal amount of notes to $65 million in aggregate principal amount of Notes. The notes will mature on September 15, 2019 and may be redeemed in whole or in part at any time or from time to time after September 15, 2016. The notes will bear interest at a rate of 7.5% per year, payable quarterly on each March 15, June 15, September 15 and December 15, commencing on December 15, 2014. The company intends to use all or substantially all of the net proceeds of this offering to fund installment payments due under its newbuilding program, and the remaining amount, if any, for general corporate purposes and working capital. The Company has also granted the underwriters a 30-day option to purchase an additional $9.75 million in aggregate principal amount of Notes. The offering is expected to close on September 22, 2014.

In connection with this offering, the company has filed an application to list the notes on The New York Stock Exchange. The notes will be issued in minimum denominations of $25 and integral multiples of $25 in excess thereof.