How Refiners Plan to Grapple With Fuel Oil Output After 2020 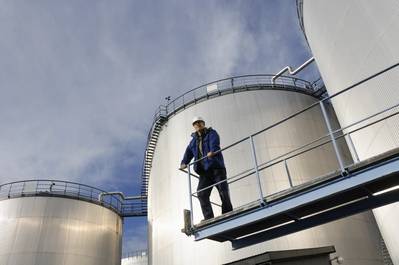 High-sulphur fuel oil (HSFO), essentially the leftovers of an oil refiner's output, will still flow from refineries around the world even after new rules start up in 2020 curtailing its use in the global shipping fleet, a Reuters survey showed.

Sixty percent of the 33 refineries contacted by Reuters in a global survey will still produce HSFO in 2020 although the supply will tighten as 70 percent of these refiners plan to reduce their output.

Starting that year, ships will have to use marine fuel, which primarily consists of residual fuel oil, with a maximum sulphur content of 0.5 percent under International Maritime Organization (IMO) rules to reduce air pollution.

Currently, the global shipping fleet, which includes oil and chemical tankers as well as container ships, uses as much as 3.3 million barrels per day of HSFO with a maximum of 3.5 percent sulphur.

Refiners will have little incentive to produce HSFO after the regulations though some demand will remain as a small but growing number of vessels are fitted with smokestack scrubbers that remove the sulphur from the exhaust fumes and power plants will continue to consume the fuel.

"Although HSFO demand for ships is expected to decline substantially in 2020, the oil's demand for power generation and general users will remain," Japan's second-largest refiner Idemitsu Kosan told Reuters in the survey.

"In future, demand for scrubber-equipped ships is projected to recover, so we expect HSFO output to continue."

Upgrades
When asked how they plan to reduce HSFO output, just over half of the refiners said they will upgrade their plants to further process their fuel oil to produce more higher value products such as gasoline and diesel.

Two-thirds of the 16 refiners who responded to a question about how much investment they plan to pump into their plants to produce more ultra-low and low-sulphur fuel oil, said they plan to spend less than $100 million. Five of them are investing between $500 million and more than $1 billion in such projects.

Polish refiner Grupa LOTOS will spend more than $600 million to convert its heavy residue to middle distillates and coke by the end of 2019 while Kuwait has a $6.25 billion clean fuels project.

Fuel oil, or residue fuel, is the remaining product from crude oil processed through crude distillation units at a refinery. To extract more value from residue, it is further processed at secondary refining units such as residue fluid catalytic crackers, hydrocrackers and cokers to produce gasoline and diesel.

However, secondary units are costly and require years to build while expansion projects in some countries have to overcome tough environment regulations.

"We will need (the Environment Protection Agency's) approval if we want to expand the coker and that is tough in Taiwan now," Formosa Petrochemical Corp spokesman KY Lin said.

Formosa has adjusted its coker unit, which uses heat and pressure to break down the residue fuel into other products, to run at 95 percent utilization from 90 percent to reduce its HSFO output, Lin said.

Fuel Oil Losses Widen
Refiners will want to cut their HSFO output as much as possible to offset the expected drop in value.

By January 2020, 380-centistoke HSFO in Singapore will be worth $16.70 a barrel less than Middle East benchmark Dubai crude, down from a discount of $5 for October 2018, according to swap values.

Besides upgrading, a handful of refiners said they would also process more lower sulphur crude oil to reduce the sulphur content in their products output.

Refiners may also cut their overall CDU runs to reduce their residue output if low fuel oil margins drag down overall profits, according to the survey.

Other refiners will look at alternative markets for their HSFO.

"If fuel oil demand falls, we will switch our configuration to produce bitumen which is in high demand in India due to its road-building program," said an official from Indian Oil Corp.

Beyond 2020
Some refiners prefer to stay flexible by being able to switch their output between low- and high-sulphur fuel oil according to market demand.

India's Bharat Petroleum Corp Ltd said it will be able to produce either fuel oil or switch to other products depending on demand after 2022.

"We will not reduce fuel oil output to zero completely as we need our refineries to be flexible," a BPCL official said. The official declined to be named as they are not authorized to speak to the media.

Italy's Eni said it "will produce the minimum amount of HSFO just to satisfy the market demand of the ships that will have installed the scrubbers."

An official from India's Hindustan Petroleum Corp Ltd said the company will be producing some fuel oil but the output will be "very, very low beyond 2022".

A third of the respondents said they are either already not producing any HSFO or will stop producing in 2020.

Polish refiner PKN Orlen said it will produce fuel oil with 1 percent sulphur content from 2020 while a spokeswoman from Italy's SARAS refinery said, "We are already ready to face IMO-2020 and we already produce basically no HSFO."

Canada's Husky Energy Spokesman Mel Duvall said the company expects to benefit from the new IMO rule since it will boost diesel demand.

"It is expected that there will be an increase in global demand for diesel fuel as ship operators switch from high-sulphur fuel oil," he said.