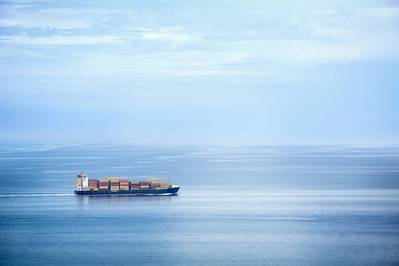 The global shipping industry will hit a credit crunch if proposed new bank capital rules are implemented in a sector already weighed down by toxic debt, bankers involved say.
The Basel Committee of banking supervisors from nearly 30 countries met in Chile last month in an effort to complete the new rules for lenders in the world's major financial centres. It is now trying to pin down the details.
While the rules do not target shipping specifically, some of the biggest rises in requirements under the proposed regulation are likely to be in the models banks use to decide how much capital to set aside when they lend to shippers.
Around 90 percent of world trade is transported by sea but the shipping industry is stuck in its worst slump on record, as international trade slows and freight rates fall in a market flooded with too many vessels.
Sources told Reuters this week the regulators were working to soften proposals after the European Union threatened to boycott the proposed rules, fearing big increases in capital requirements that would throttle credit.
Despite the progress on the talks, which still need endorsement, banking sources say the likelihood of a sizeable increase in capital requirements remains the core worry.
Ratings agency Moody's said this week its global shipping outlook for 2017 was negative.
German banks - which provide a quarter of the world's $400 billion of outstanding shipping debt - are struggling to recoup their loans. Other European lenders with stable shipping portfolios fear the proposals will squeeze them too.
"Those banks which have clearly defined prudent strategies, top credit, very carefully structured transactions ... are thrown into the same bracket as those with higher risk strategy and with problematic portfolios. That is the biggest problem," said Paul Taylor, global head of shipping finance with France's Societe Generale Corporate & Investment Banking.
"Everyone suffers - but those with defaulting portfolios will be the big losers."
Taylor said depending on what emerges, banks may consider re-allocating some of their capital from shipping elsewhere "which may make a better return on equity".
"Therefore this could mean that we do less business due to pricing," he said.
"These are real assets we are financing," he added. "If the liquidity is too expensive, the economy will be hit."
Currently banks in Europe tend to use internal models, based on how similar assets have performed historically.
Sources told Reuters in July the European Central Bank had launched a review of banks' lending to the shipping sector, which had already raised concerns among lenders that could be required to set aside more capital and make higher loss provisions.
Many lenders to the shipping sector are looking at ending or scaling back their exposure, but that will take time.
"This is going to heap even more pressure on banks with large exposures to shipping that have non-performing loans," a shipping finance source said.
Deutsche Bank, state owned rivals HSH Nordbank and NordLB are among the German banks with some of the biggest portfolios of troubled shipping loans.
Chief executive of NordLB Gunter Dunkel said the Basel proposals would "affect us, but not as much as other German banks".
Deutsche Bank said in their quarterly results in late October they were still positive that any new rules would not send their capital requirements spiking.
HSH is currently trying to sell parts of its portfolio including 500 million euros of shipping loans. A source familiar with the HSH transaction was still confident and said the bank was committed to selling shipping loans.
Finance sources said offers received so far came were at 25 to 35 percent of the value of the loans.
"If that's the value of such debt and you add potential Basel regulations, they are looking at a big hit somewhere," the shipping finance source said.
Britain's Royal Bank of Scotland, once among the biggest lenders to the sector, said in September it would wind down its global shipping finance business, ending efforts to sell off loans.
Tough Choices
Hans Christian Kjelsrud, head of shipping, offshore and oil services with Nordea, said lending to the shipping industry was tough for many European banks since the financial crisis.
"It is a result of a very challenging business model for European banks given the capital intensity of the business and the demand for long-term U.S. dollar funding of which many European banks are short," he said, "and also because many banks have taken substantial loan losses over the last five to six years."