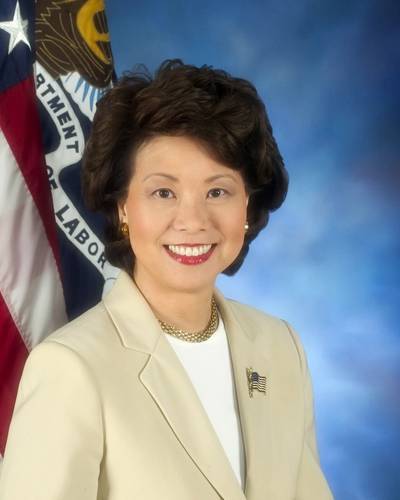 U.S. Transportation Secretary Elaine L. Chao has (Dec. 11) announced $1.5 billion in discretionary grant funding to 91 projects in 49 states and the District of Columbia.

The grants, 14 of which will go to port-related projects, are made through the Better Utilizing Investments to Leverage Development (BUILD) Transportation Grants program and support road, rail, transit, and port infrastructure projects across the country.

“BUILD transportation grants are major investments in road, rail, transit, and port projects that serve as a down payment on this administration’s commitment to America’s infrastructure,” said Secretary Chao. She noted at today's BUILD awards ceremony, held at USDOT’s headquarters in Washington, D.C., that the number and dollar amount of port-related awards in this announcement is the greatest since BUILD and its predecessor grants program, TIGER (Transportation Infrastructure Generating Economic Recovery), was initiated.

Kurt Nagle, president and CEO of the American Association of Port Authorities (AAPA) – the unified and recognized voice of America’s seaports – said the trade association believes it’s important for America’s seaports to be key components of USDOT’s BUILD discretionary grants program because of the critical role ports play in moving goods, sustaining jobs and bolstering the nation’s economy. He noted that direct funding for maritime infrastructure projects, including connections to ports, will improve freight mobility which helps reduce transportation costs and makes U.S. exports more attractive to overseas buyers.

“BUILD grants are one of the few federal funding programs available to public port authorities to help them pay for critical infrastructure to move and handle freight more efficiently,” said Mr. Nagle. “We’re pleased that port-related projects garnered nearly a sixth of the total amount in this round of BUILD. The $229-plus million in port-related awards will help leverage nearly $412 million in total project costs.”  He added, “Projects that aid the movement of goods through America’s ports should be a high priority for these federal grants, and port-related projects should be among the leading candidates. It’s also important that projects from the full range of port sizes and types receive grant awards in any future rounds of BUILD funding.”

Seaport cargo activity throughout the nation accounts for 26 percent of U.S. GDP, over 23 million American jobs, and generates over $320 billion annually in federal, state and local tax revenues. To ensure these jobs, tax revenues and freight volumes continue to grow and support the American economy, AAPA has worked with its member ports to identify $66 billion in federal port-related infrastructure investments over the next 10 years, on both the waterside and the landside. These federal investments are necessary to supplement the approximately $155 billion in capital improvements that U.S. port authorities and their private-sector partners are planning between 2016 and 2020.

The following 14 port-related projects were approved for BUILD 2018 awards:

• $25 Million - South Carolina Department of Transportation (SC) – Upstate Express Corridor Capacity Expansion Project. The project will make freight rail infrastructure improvements in South Carolina. It will expand the Inland Port Greer (IPG), extend the IPG lead track, and lengthen the Carlisle Siding to approximately 15,100 feet. The IPG expansion includes acquiring additional equipment for the handling, loading, and unloading of containers and the paving of up to 40 acres.