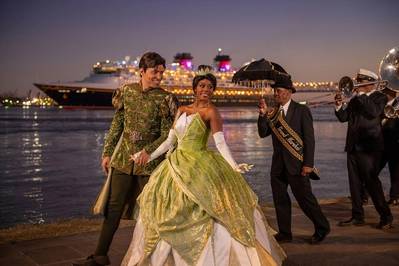 With the launch of Disney cruises and the addition of year-round itineraries from Royal Caribbean International in 2020, Port officials anticipate another robust cruise season.

“These record numbers year over year highlight the popularity and convenience of cruising from New Orleans, with more and more passengers choosing to set sail from our unique city,” said Brandy D. Christian, Port NOLA President and CEO. “As a result, our cruise line partners continue to strengthen their partnerships with Port NOLA, and that’s good news for the Louisiana cruise and tourism industry for years to come.”

The 2,700-passenger Disney Wonder began sailing six cruises from Port NOLA in February 2020, marking the first time Disney Cruise Line has had a home port in Louisiana. Disney doubled down on its belief in the New Orleans market late last year announcing the Wonder will set sail from Port NOLA for a second season in 2021.

Royal Caribbean, which previously offered seasonal cruises from New Orleans, is now offering year-round weekly itineraries on the 2,356-passenger Majesty of the Seas that began in January 2020.

Guests traveling along the Mississippi River on the six riverboats home ported in New Orleans also set a modern-day record at 31,306 passenger movements in 2019. Port NOLA also welcomed the new-modern American Harmony in August 2019 and will welcome the American Jazz in August 2020. Port NOLA is set to home port seven riverboat vessels in 2020.

The growing popularity of river cruises is evident in the number of new vessels in service. These riverboats go as far as St. Louis and Minneapolis, bringing visitors and tourism dollars upriver to Louisiana locations such as St. James, Ascension, West Feliciana and West Baton Rouge parishes as well as others.

At Port NOLA 90% of cruise guests travel from out of state, with 73% spending a day or two in New Orleans either before or after their cruise. The City of New Orleans also recently opened a state-of-the-art airport in November 2019, making it even easier for cruise passengers to travel to the city. The Louis Armstrong New Orleans International Airport offers a consolidated checkpoint and several local concessions and amenities so visitors can begin their trip with an authentic New Orleans experience right from the start or savor it as they leave.