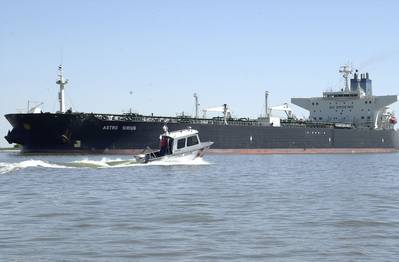 The Port of Houston, the United States' largest energy export port, began reopening to commercial shipping on Thursday after a day-long closure due to Hurricane Laura, the U.S. Coast Guard said.

Ports along the Texas and Louisiana coasts were closed as the Category 4 hurricane churned up the Gulf of Mexico and went ashore in Cameron, Louisiana, early Thursday. The storm brought hurricane winds and high seas to the region.

The Port of Houston, a major import and export hub for fuel, chemicals and consumer goods, closed on Wednesday. The port was in the process of reopening to commercial shipping late Thursday, according to a U.S. Coast Guard bulletin.

Some 50 vessels, most of them tankers, were at anchorage offshore and waiting the re-enter the Houston Shipping Channel, said JJ Plunkett, port agent for the Houston Pilots Association, which guides vessel in and out of the ship channel.

Most vessels had fled the port earlier in the week.

The Port of Galveston, Texas, also reopened to tug and barge traffic, and the Ports of Freeport, and Texas City, Texas, reopened with draft restrictions on Thursday, the Coast Guard said.

The ports of Beaumont, Orange, Port Arthur and Sabine, Texas, remained closed on Thursday, as did ports in Lake Charles and Cameron, Louisiana, according to a Coast Guard notice.