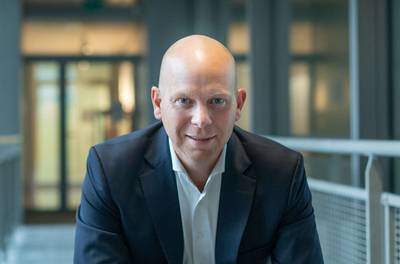 Mathieu Philippe has been appointed to the new position of Commercial Director – Marine at classification society Bureau Veritas. Returning to Paris, where he started his career in shipping, Philippe brings extensive experience in commercial ship operations, markets and management to Bureau Veritas. He reports to Marine & Offshore President Matthieu de Tugny, and leads the marine markets team, providing expertise and technology leadership across all major ship types, ship fuel and propulsion technology.

With growing compliance requirements and demands for transparency, maritime stakeholders are acknowledging that the “energy transition” and governance issues are not only the responsibility of shipowners. Banks, and now charterers, have launched ambitious initiatives and others will become involved. Class has a role to play in supporting these stakeholders, as well as traditional clients, Philippe says.

“Classification Societies are already playing a vital role in the energy transition. Our contribution can only grow. As technical experts, we are a key link between the industry and regulators as well as the broader maritime supply chain to contribute to developing the ‘better energy’ that shipping needs,” he explains.

“We also need to help make sure that the direction, both technological and regulatory, taken by the industry is validated. Society will require quantifiable, demonstrable progress. Classification can provide that verified data. BV’s combination of marine classification with a multi-sector organization active in testing, inspection, and certification across many industries, provides the breadth and capability that shipping will need to decarbonize and evolve sustainably. Partnerships beyond shipping will be necessary and as a Group, we are in a position to help create and develop those connections,” Philippe says.

Philippe began his shipping career in 1999 with Barry Rogliano Salles (BRS), initially in Paris and from 2002 in Dubai. In 2010, after eight years at the helm of BRS Middle East, he joined United Arab Chemical Carriers (UACC) as Senior Vice-President, Commercial and then Chief Operating Officer of the team growing the fleet from eight to 24 MR and LR Tankers, helping establish UACC as a major Middle Eastern Tanker Owner.

After nearly 15 years in Dubai, Philippe moved to Geneva to lead the Shipping Company of SOCAR Trading (the State Oil Company of the Azerbaijan Republic) focusing on chartering oil tankers.

He holds a master’s degree in International Marketing from EDHEC Business School.