Palau Marks its Presence in Dubai 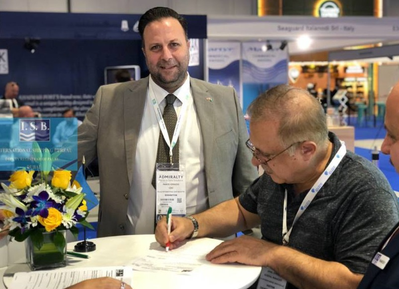 Jamal S Khalil, General Manager, of Al Rafedain Marine Services signed the documents on the Palau stand at STMM to register two ships and was supported by Global Marine Consultants Group (GMCG) one of the valued partners of PISR and which helped facilitate the new signings.

Panos Kirnidis, CEO of the registry welcomed the new signing as another example of how far PISR has developed in just a few years.