Carlos Rodriguez is a Washington D.C.-based partner with the law firm Husch... 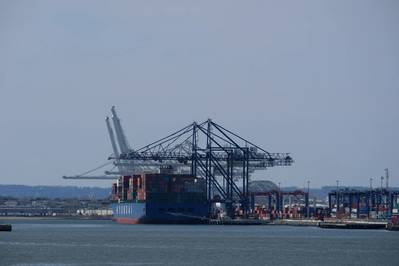 The Ocean Shipping Reform Act of 2022 (the Act) was signed by President Biden on Thursday, June 16, 2022. The long term fixes, which require Federal Maritime Commission rule-making, establishes additional requirements requiring the FMC to issue rules related to certain fee assessments, prohibited practices, and establishment of a shipping registry, and prohibited conduct for ocean carriers. It further authorizes the FMC under certain circumstances to issue an emergency order requiring common carriers to share information directly with shippers and rail and motor carriers. These don’t sound like the headlines we have been reading. However, there may be some hidden gems in resources not previously available which might make a difference in the Demurrage and Detention (D&D) arena. These provisions are closer to the recent headlines, at least with respect to D&D remedies. See below “The Short-Term Resources”.

The longer term picture
The statute provides for a Shipping Exchange Registry to require exchanges such as the New York Shipping Exchange (NYSHEX) which provided a platform for certain ocean carriers to enter service contract agreements with shippers. Their public position is that they guarantee that shippers cargo will be loaded and that volume committed will be delivered to destination. We are not sure what is motivating this rulemaking but from our experience there was no public outcry for a need for this regulatory action. We are aware that NYSHEX does have competitors, but again, we are not aware of any public or regulatory concern over those exchanges either. The motivation for this regulation is not clear. Talking about future fixes, this one has a three-year time frame for rulemaking completion.

A prohibition of retaliation by ocean carriers, terminal operators, and OTIs was codified to prohibit retaliation against shippers, agents of shippers, OTIs, or motor carriers for patronizing another carrier, for filing a complaint against the ocean carrier, terminal operator, or OTI, or for any other reason. Interestingly, there are currently similar regulations, including 46 § 545.1 Interpretation of Shipping Act of 1984 - Refusal to negotiate with shippers' associations, which in the midst of recent such refusals to negotiate with shippers’ associations go unnoticed or regulated. We trust (hope) that this section will get different attention if such retaliation should become prevalent in the D&D scenario, but there are unaddressed issues in the “refusal to negotiate” arena.

Dwell Time Statistics. These statistics include a) total street dwell time when the equipment is not in a terminal, and, average out of service percentages for equipment. We would have liked to see regular import container dwell time averages on a weekly basis for loads in order to measure when ocean carriers and/or NVOCCs are not utilizing due diligence in removing loaded containers from terminals within free times, or at least within the average dwell times for such loaded containers. This would certainly provide an indicia for measuring reasonableness for parties with duties to pick up and deliver loaded containers.

Additional Enforcement Staff. Not fewer than seven enforcement positions will be added withing 18 months of the passage of the Act.

Temporary Emergency Authority. The FMC may make a unanimous determination by the commissioners that congestion of carriage of goods has created an emergency situation of a magnitude such that there exists a substantial, adverse effect on the competitiveness and reliability of the international ocean transportation supply system. This device would trigger information gathering powers in the form of orders to common carriers and marine terminals in order to best address such congestion.

Best Practices for Chassis Pools. The FMC and other federal agencies shall carry out a study and develop best practices for on-terminal or near-terminal chassis pools that provide service to marine terminal operators, motor carriers, railroads, and other stakeholders that use the chassis pools, with the goal of optimizing supply chain efficiency and effectiveness. This has time frame of no later than April 1, 2023.

Inland Ports for Storage and Transfer of Cargo Containers. Within 90 days of the Act, the FMC and DOT shall develop strategies for including inland ports for purposes of storage and transfer of cargo.

Discrimination of HAZMAT by Ocean Carriers. Not later than 90 days after the date of enactment of the Act, the Comptroller General of the United States shall initiate a review of whether there have been any systemic decisions by ocean common carriers to discriminate against maritime transport of qualified hazardous materials by unreasonably denying vessel space accommodations, equipment, or other instrumentalities needed to transport such materials.

Other. There are other longer term projects related to adoption of technology at U.S. Ports, the utilization of Transportation Worker Identification Credentials for the purpose of using same within the interior of the United States, with a purpose of providing direct assistance to a United States port.

The short term resources
Demurrage and Detention (D&D). The centerpiece for changing Demurrage and Detention issues as we now know them is that Section 7 (d) of the Act changes the burden of proofs in a significant way. Ocean carriers would now have the burden to provide accurate invoice information on demurrage and detention, and failing to do so by providing inaccurate and/or false invoices would result in refunds and penalties to the ocean carriers. The list of items that must be included in an invoice are those one would reasonably expect in terms of the facts that triggered the D&D, but they also must include contact information by which shippers can request mitigation of fees. But most importantly, the ocean carriers must provide statements that a) the charges are consistent with the FMC rules on D&D; and b) that the common carrier’s performance did not cause or contribute to the underlying charges.

Charge complaints. Shippers and others may submit to the FMC and the FMC must accept, information concerning complaints about charges assessed by a common carrier. Upon receipt of a submission of such an “informal” complaint (this term is not one pursuant to the formal Complaint procedures of the FMC regulations) with supporting documents, the Commission shall promptly investigate the charge with regard to compliance with section 41104(a) and section 41102. The common carrier shall— ‘‘(1) be provided an opportunity to submit additional information related to the charge in question; and ‘‘(2) bear the burden of establishing the reasonableness of any demurrage or detention charges pursuant to section 545.5 of title 46, Code of Federal Regulations (or successor regulations)”. There is clearly a shift of burden to the ocean carriers on D&D charges deemed unlawful----i.e., where the ocean carrier has to prove that their invoices meet the reasonable tests as defined in the Act. These investigations can lead to refunds and penalties to ocean carriers.

The NVOCC Role. In the investigation by the FMC of charge complaints noted above, the FMC may find that an NVOCC is responsible for the non-compliant assessment of the charge in whole or in part. This appears to us that NVOCCs cannot merely sit back on the “pass through” solutions of NVOCCs if they are not meeting their obligations with the underlying shippers in keeping them timely informed of the Last Free Days for the transactions, and other factors which are required under the FMC’s Interpretive Rules. NVOCCs with door delivery obligations are particularly vulnerable in those transactions unless the terms are very clear and the notices are provided in a timely manner to allow shippers reasonable alternatives if the NVOCCs are not acting with due diligence in their delivery efforts.

Conclusion. Like anything else, we will wait and see what the overall impact will be with respect to the above issues, especially with the short-term resources which are mainly addressing the havoc of unreasonable application of demurrage and detention charges. It is our sense that the basic issues relating to Port Congestion are more reflections of economic realities, and these could change on their own, but the D&D issues will remain with us, but in less drastic formats than we have been experiencing. There should now be accessible tools to deal with those issues.