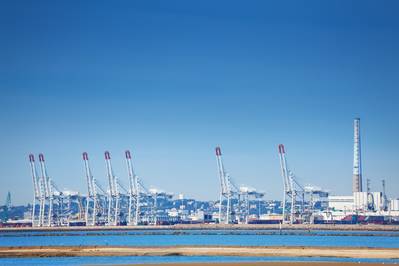 Smaller ports in northern France are ready to absorb more shipping traffic from Britain if congestion builds up due to any fallout from Brexit, a top French official said on Wednesday.

The Ports of Normandy Authority (PNA) currently owns and operates Cherbourg and Caen-Ouistreham terminals and will take on operating Dieppe nearby in 2019.

"We can accept more (traffic) and we would like to accept more if there is congestion on the east side of the UK," Philippe Deiss, managing director of the PNA told Reuters during a trade visit to London.

Over 1 million passengers and over 100,000 lorries pass through these French terminals each year with ferry lines and ro-ro cargo ships active on these routes.

Since striking a draft deal with the EU last week, British Prime Minister Theresa May has faced the most perilous crisis of her premiership with several ministers resigning.

May has pledged to fight on, warning that toppling her risks delaying Britain's exit from the EU or leaving without a deal, a step that could thrust the economy into the unknown.

There are growing concerns that a no-deal scenario would create major supply disruptions for the UK given the key importance of Calais, France's busiest passenger port and a major cargo thoroughfare.

Dominic Raab, who resigned as Britain's Brexit minister over May's deal with the EU, said earlier this month he "hadn't quite understood" the full extent of trade between the southern British port of Dover and Calais.

France has said it was making preparations in case there was no Brexit deal, which included hiring 700 additional customs officers and extra border control facilities.

"We will be more comfortable if there is an agreement (on Brexit) of course," PNA's Deiss said.

"But the message is clear - we have to prepare ourselves for the worst case. Hopefully it won’t happen."

Deiss said it would cost 10 million euros ($11.4 million) for new permanent border control facilities at each of the three ports, which would be needed for a Brexit deal.

"We will seek to have some aid, some help from the European Union," he said, adding that the French government would provide transitional facilities.