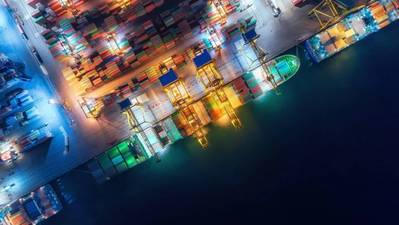 For illustration only - Credit PawineeAdobeStock

The Dubai state-owned company handled 18.9 million shipping containers in the January-March period, compared to 17.2 million in the same period a year earlier.

"This performance is ahead of expectations and illustrates the resilience of the global container industry, and DP World’s continued ability to outperform the market," Chairman and Chief Executive Sultan Ahmed bin Sulayem said in a statement. "Looking ahead, while the near-term trading environment is positive, we remain mindful that the economic recovery can be disrupted by the COVID-19 pandemic, geopolitical uncertainty in some parts of the world and ongoing trade war."

Volumes in the Asia-Pacific and India region rose 10.6% to 8.3 million containers, while Europe, Middle East and Africa increased 7.6% to 7.9 million.