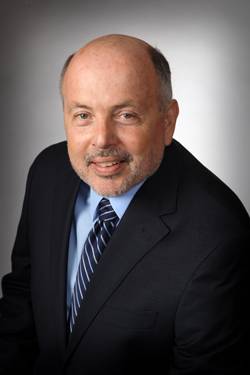 American Commercial Lines Inc. (ACL), one of the largest and most diversified inland marine transportation and service companies in the United States, announced today the appointment of Paul A. Tobin as Senior Vice President and Chief Operating Officer.

An industry veteran, Mr. Tobin's most recent role was Senior Vice President Administration for AEP River Operations. He joined AEP in 2001 with the company's purchase of Memco Barge Line, where he served as Vice President Administration and Director Insurance during his four-year tenure. From 1993 to 1997, he served as Executive Vice President of M.G. Bush & Associates, an independent adjusting company, prior to which he spent a year at Sequa Corporation as Manager Marine Insurance. His career in the barge transportation industry began in 1978 at The Valley Line Company, where he held management roles in insurance, safety, and claims.

Mr. Tobin has a Bachelor of Science degree in business from Southwest Missouri State University. "Paul is a visionary leader who excels at motivating teams to reach goals and strive for continuous improvement," Mark Knoy, President and CEO of ACL, commented. "Throughout his career, he has demonstrated the ability to achieve high levels of operating efficiency, safety performance, and employee morale. I am confident that Paul will play a significant role in revitalizing ACL as the flagship of the river transportation industry."