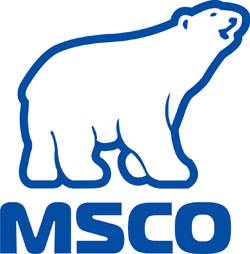 Murmansk Shipping Company was selected among other operators of icebreaking fleet by U.S. National Science Foundation (National Science Foundation - NSF) which provides U.S. Antarctic Program.
The ice-breaker Vladimir Ignatyuk successfully works in Antarctica, including under the contract with the Center of Ocean and Antarctic Research of the Indian Government at Maitri and Larsemann Hills stations.
The ice-breaker Vladimir Ignatyuk will provide services for piloting vessels for American polar explorers in difficult navigational conditions of Southern continent, including maintaining the channel of clean water in ice off McMurdo.
MacMurdo station is the largest modern scientific station located on the Antarctic continent located in latitude of 77 degrees 51 minute South and longitude of 166 degrees of 40 minutes East which consists of the harbour, three airfields, a helicopter platform and more than hundred buildings, including the Center of a science and technics.  The work of the ice-breaker will begin in the end of December of this year.