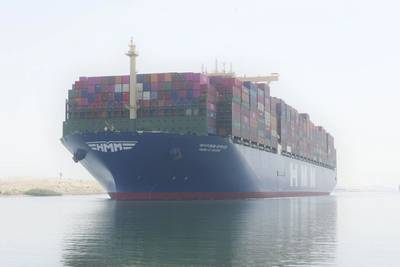 South Korean shipping company HMM said all 12 of its new 24,000 TEU containerships—the world's largest—have each made their maiden voyages fully laden with containers.

On September 31, HMM St. Petersburg, the last of the 24K-class series, departed for Europe from the Port of Yantian, China with 19,529 TEUs loaded on board.

Consequently, all 24,000 TEU ships delivered to HMM have been entirely filled with cargoes on their first voyages, starting with HMM Algeciras which carried a total of 19,621 TEUs on its maiden voyage in May.

Considering the safety of vessel operations and cargo weight, the maximum loadable capacity of each 24,000 TEU ship stands at around 19,300 TEUs on average.

The company noted that the 400-meter-long HMM Algeciras and its two sister ships HMM Oslo and HMM Copenhagen also embarked on their second journeys full of export shipments from Asia to Europe.

DSME and SHI delivered seven and five of the mega 24,000 TEU-class ships respectively, while HHI is constructing eight 16,000 TEU-class containerships to be delivered from the second quarter of 2021.

“This is a major milestone for us to expand our presence in the global market in close cooperation with THE Alliance,” said Jae-hoon Bae, President & CEO of HMM. “I am delighted that our efforts and dedication have come to fruition, which gave us a much needed uplift. We will take a big step forward to prove what we are capable of in the years ahead.”

HMM has returned to profit in the second quarter of this year, achieving an operating profit of $115 million and a net profit of $23 million, despite high volatility due to the COVID-19 pandemic. The company has said it will seek to enhance its profitability the operation of its new 24,000 TEU ships as well as the realignment of service routes and a string of cost-cutting measures.

HMM said its 12 new 24,000 TEU and eight16,000 TEU containerships are equipped with the latest smart ship solutions that enable ships' location, fuel consumption, weather conditions, cargo information and other details to be tracked in real-time from the company's new Fleet Control Center, which will also support further safety and efficiency through a remote control system.

Meanwhile, HMM said it has led an effort to stabilize the logistics flow by deploying extra tonnage to the market where a swift delivery of cargo is required and fully operating its entire fleet without idle container vessels in the face of the recent surge in cargo demand. 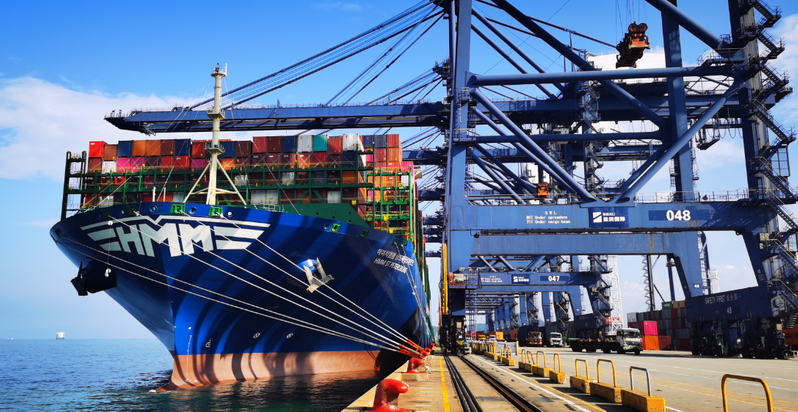 HMM St Petersburg, the last of HMM’s 12 new 24,000 TEU containerships, departed from the Port of Yantian, China on September 30 to set sail on its maiden voyage with 19,529 TEUs on board. (Photo: HMM)