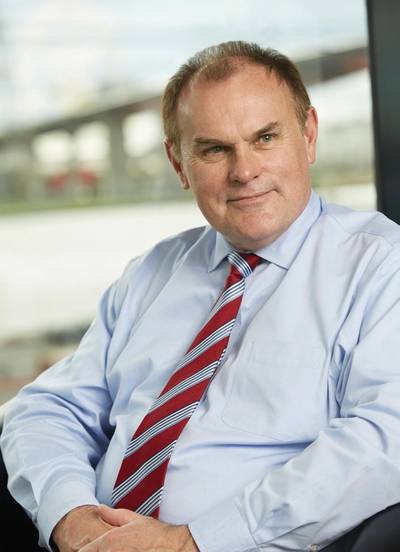 Peter McLean has been appointed Head of the Asia-Pacific (APAC) region in Kalmar, part of Cargotec. He succeeds Ken Loh, who has decided to leave Kalmar to pursue other interests outside the company. To support a smooth transition, Ken will continue as an advisor until mid-next year.

In addition to his new position as Head of Kalmar APAC, Peter McLean continues in his current role as President, Bromma until a successor is appointed.

"Ken Loh has a long and very impressive career within Kalmar and he has played a major role in building our success in the Asia-Pacific region. He joined Kalmar Singapore in 1987 as a management trainee. Two years later, he started Kalmar's business in Greater China.  In 2000, he began to lead the operation in Asia and has delivered many sales records and successful transformation projects over the years. Ken's ability to build motivation and commitment in his team is truly unique. I want to thank him for his notable contribution and wish him all the best in his future endeavours," says Antti Kaunonen, President, Kalmar.

"At the same time, I am pleased to find a successor within the company. Peter McLean was recently appointed President of Bromma but his long experience in Kalmar and in the APAC region makes him a perfect match for this role. I want to wish Peter the best of success in his new role," Antti continues.

Peter McLean brings with him more than 20 years of experience in senior leadership roles in industrial organisations in the mining, heavy construction, power systems and container handling industry. Before his most recent position as President of Bromma, he served as Vice President, Australia and New Zealand in Kalmar.

"I am honoured to take over a successful business and a great team from Ken. Over the past 29 years, Ken's vision and leadership have built Asia-Pacific into one of the most dynamic and diverse regions; a territory fiercely committed to delivering results for our customers, shareholders, partners, and employees. The opportunity that lies ahead for the APAC region is enormous, and the possibility given to me to lead this next chapter is deeply humbling and incredibly exhilarating. I am committed to accelerating innovation and executing our strategy: that is what our customers need from us," says Peter McLean.