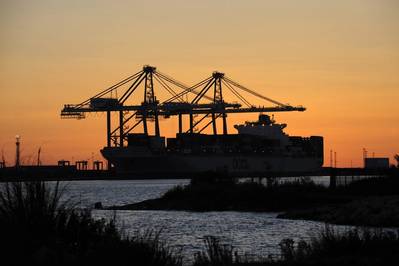 From July 1 this year the incentive will apply to eligible ships among the 236 container carriers and cruise vessels – a 60/40 percent split – that call at the port. Other sectors will be added in 2018.
The WPCI features the Environmental Ship Index (ESI), which scores atmospheric pollution on a zero to 100 scale. Currently only around 50 ports worldwide offer reduced call charges based on the ESI. Marseille Fos reductions will apply from a score of 35 - the level attributed to ships equipped for the so-called ‘cold ironing’ facility to take shoreside electrical power at berth instead of using onboard diesel generators.
The port was the first in France and the Mediterranean to announce such a facility following an agreement with Corsica and Sardinia ferry operator La Meridionale. The company’s three ships have been equipped since January. For each vessel, CO2 and particle emissions have been cut by the equivalent of more than 3,000 vehicles per day on the 64km route from Marseille to Aix, while NOx emissions are down by the equivalent of 65,000 vehicles per day.
Additionally, Marseille Fos has launched a website link to reinforce its cooperation with AirPACA, the air quality monitoring association for the Provence-Alpes-Cote d’Azur region. Since 2015 it has been supplying annual maritime traffic statistics to support air quality analysis. The association has used this data to produce a real-time ‘pollution map’ which has previously been unpublished within the port domain but which will now be available at the port’s website.
• Environmental Ship • ferry operator • France