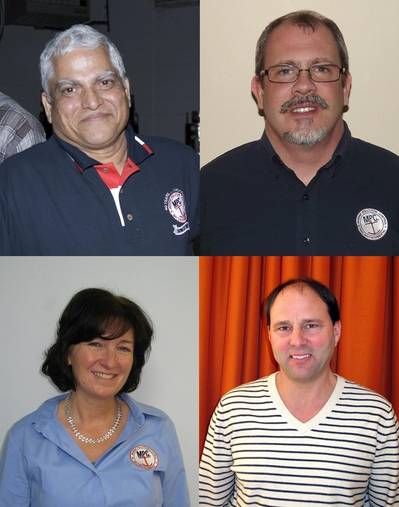 Dr. Manik S. Sardessai has been promoted to Senior Vice President.  Dr. Sardessai, who earned his Ph.D. in Chemistry from Wayne State University, has worked for MPC since 1995in a variety of positions and will continue in his leadership role for technical and regulatory matters.  He has distinguished himself internationally as an authority on the handling of hazardous materials.

Walter J. Putman, Jr., has been promoted to Vice President and General Manager.  Putman, who has a Master’s degree in Business Administration from the University of Phoenix, will continue to administer numerous areas, including pricing, contracts and information technology.  He has been with the company for 16 years, including an assignment as manager of MPC’s former Flint, MI, branch.

Catherine Gibbons has been promoted to Director of Environmental Affairs.  Gibbons has a Bachelor of Science degree in Chemical Engineeringfrom Wayne State University and is a Certified Hazardous Materials Manager.  She has been with MPC since 2008 and will expand her leadership role within MPC’s Compliance group as well as continue oversight of one of MPC’s largest accounts.

Timothy P. Schallhorn has been promoted to Senior Project Manager.  Schallhorn holds a Bachelor of Science degree in Earth Science and Oceanography from Central Michigan University.  Schallhorn joined MPC in 2007 and has played a key role in managing projects for MPC clients in Western and Northern Michigan.  In his new position he will assume increasing responsibility for developing an MPC presence in the region.