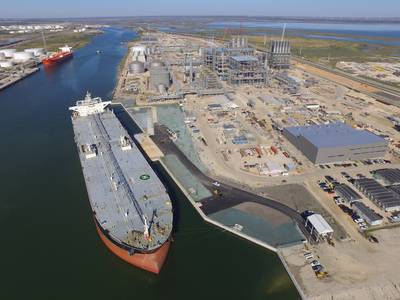 U.S. oil exports are expanding rapidly, but volumes are constrained because the country's shores have limited capability to load giant vessels that can carry about 2 million barrels of crude oil.

Numerous companies - including private equity firm Carlyle Group and commodities merchant Trafigura, and other pipeline operators - have already announced proposals, in what is quickly becoming a crowded field of those looking to finance and break ground on a project.

Currently the United States, unlike top exporters such as Saudi Arabia, has limited capacity to fully load Very Large Crude Carriers, or VLCCs, forcing companies to do ship-to-ship transfers in deep waters, which is costly and inefficient.

Magellan said it is considering a potential export terminal on Harbor Island in Corpus Christi, Texas, capable of loading VLCCs.

Earlier this week, Carlyle said it was looking to build in partnership with the Port of Corpus Christi, which would need substantial dredging to deepen its waterways. Other Texas and Louisiana projects have been proposed by companies including Swiss-trader Trafigura AG and pipeline operators Enterprise Products Partners LP and Tallgrass Energy LP .

To be sure, Magellan warned that it would take "considerable time" before a final decision on the project is made.

"It's very competitive ... We've got significant interest to date, but we'll see how it plays out," said Chief Executive Michael Mears.

Magellan also said the total cost of its proposed crude oil pipeline from the Permian Basin in West Texas to the Gulf Coast is expected to be about $2 billion with Magellan's share being about $500 million. Permian production has outpaced pipeline capacity, prompting several new lines to be announced.

Separately, Magellan said volumes on the BridgeTex pipeline, which moves crude from Midland and Colorado City, Texas, to East Houston averaged over 395,000 bpd during the third quarter compared with about 280,000 bpd a year earlier.