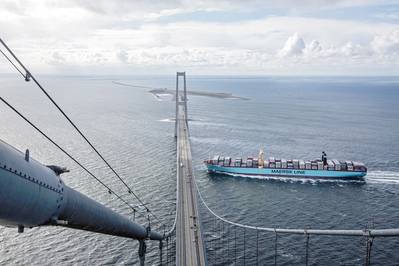 The world's largest container shipping company Maersk Line is increasing prices because of a surge in the cost of bunker fuel.
The shipping fuel has become increasingly costly as global crude oil prices have returned to peaks not reached since 2014, lifted by the United States' exit this month from the landmark nuclear deal with Iran and imposed sanctions against the OPEC member.
Now Maersk has decided to introduce a so-called "emergency bunker surcharge", taking effect from June 1.
"The increase (in bunker fuel prices) is more than 20 percent compared with the beginning of 2018 and this unexpected development means that it is no longer possible for us to recover bunker costs through the standard bunker adjustment factors," Maersk said in a note to customers.
The bunker price has now reached $440 a tonne in Europe, which is the highest since 2014, it said.

The surcharge for a 40-foot equivalent (FFE) container would be $120 based on the current bunker price. Should the bunker price increase to $530, tariffs would be multiplied by a factor of 2, whereas a bunker price of $370 would remove the surcharge, it said.