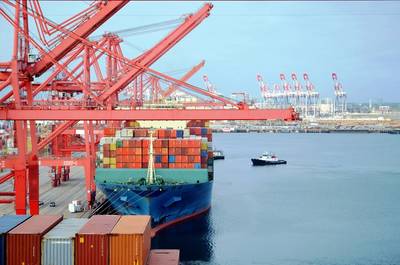 Building on its longstanding initiatives for reducing vessel pollution, the Port of Long Beach has extended its Green Ship Incentive Program another two years and made its Vessel Speed Reduction Program permanent.

Launched in 2012, the port’s Green Ship program rewards vessel operators who deploy the cleanest available ships to Long Beach. The incentive, which incorporates international Environmental Ship Index criteria, offers rewards based on engine type, fuel type and other efficiency improvements that reduce emissions above and beyond international standards. Incentives range from $600 per call for participating ESI vessel operators to $9,000 per call for those who bring the newest and cleanest Tier III ships to Long Beach. The Green Ship program now extends through June 30, 2024.

Both programs are voluntary. For 2021, the port paid out more than $1.4 million in financial incentives to vessel operators participating in the Green Ship program and those participating in the Green Flag program saved nearly $5.2 million on dockage fees. During 2021, more than 94% of ships complied within 20 nautical miles and nearly 88% complied within 40 nautical miles.