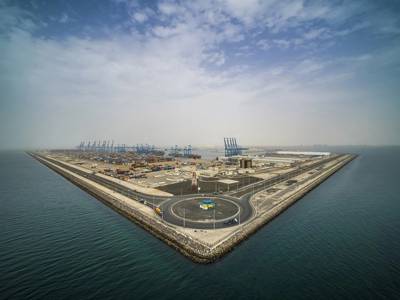 Abu Dhabi Ports announced said that Khalifa Port’s expansion -- announced in late 2019 -- is on pace for completion, despite challenges presented in the face of COVID-19.

One example lies with Arabian Chemical Terminals (ACT) which recently signed a 50-year agreement to establish the first commercial bulk liquid and gas storage terminal at Khalifa Port that will be located on a plot with 16-metre direct deep-water quay access within the newly developed KPL. This project is well underway with the Front-End Engineering Design (FEED) having been awarded in May 2020.