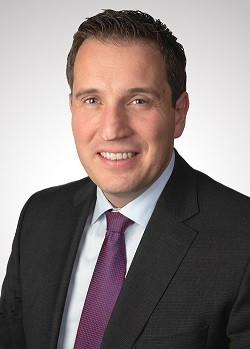 Currently Chief Agent of AGCS Canada, Kadow will take over from current Global Head of Marine and Energy Simon Buxton, who is leaving Allianz. Until a successor in Canada is confirmed, Kadow will maintain a dual leadership role for both the country and Marine Line of Business responsibilities.

Kadow has led AGCS’ Canadian business since May 2015, after originally joining AGCS in 2006. During his 13 years with the company, he has held a variety of positions within AGCS in Europe, Asia and North America and directly prior to his move to Toronto, was Global Head of Package & Multiline where he established the mid-market Property, Liability and Engineering business in Canada, Asia, South Africa, Australia and Denmark.

He has an MBA from Columbia Business School and an M.S in Computer Science from University of Technology Munich TUM. He also holds a Chartered Property Casualty Underwriter designation.