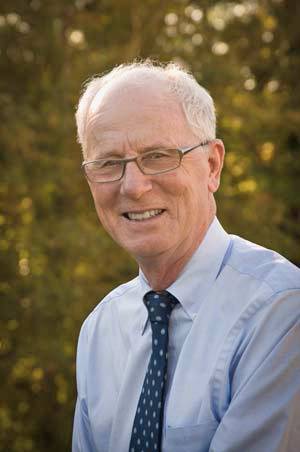 It is with great sadness that the Managers of Signal Mutual Indemnity Association Ltd. must report the unexpected passing of John Chamberlain at the age of 74.  A founding father of Signal, John began work for Charles Taylor in 1969; moving to the United States in the early 1980s to work with a leading maritime consulting and claims adjusting firm, Lamorte Burns, on the early development of the business which would eventually become Signal Mutual.

John served on Signal Mutual’s Board of Directors from its inception until his retirement from Charles Taylor in 2005.  John had also held various positions of executive responsibility with the Managers throughout his tenure.  A naturalized citizen of the U.S., John always joked that while most of his friends and colleagues were American by “accidents of birth”, that he chose to be an American.  Upon his retirement from Charles Taylor, John’s dedication to his adopted country led him to accept the position of Branch Chief, Financial Management, Insurance, and Assessment with the United States Department of Labor Office of Workers’ Compensation (OWCP), the regulator for all Longshore underwriters and self-insureds. After five years of service with the OWCP, John again retired to found a consulting firm.

Joe Roach, Chief Executive, CT Management Services, Americas said:  “John was truly a founding father of Signal. He helped author the original Bye-Laws and worked to gain the approval of the concept by the Department of Labor. From the first time I met John I was impressed by two things. John was highly intelligent and he was a very giving person. Signal benefitted from both of those traits, and others, as he helped guide the new Mutual through the formative years.

John passed away on January 1, 2015 in Denver, Colorado. He was returning to Connecticut from a family holiday gathering in California and was taken ill in transit.  He was rushed to hospital where he died in the midst of urgent surgeries.  He is survived by his wife, and five grown children.